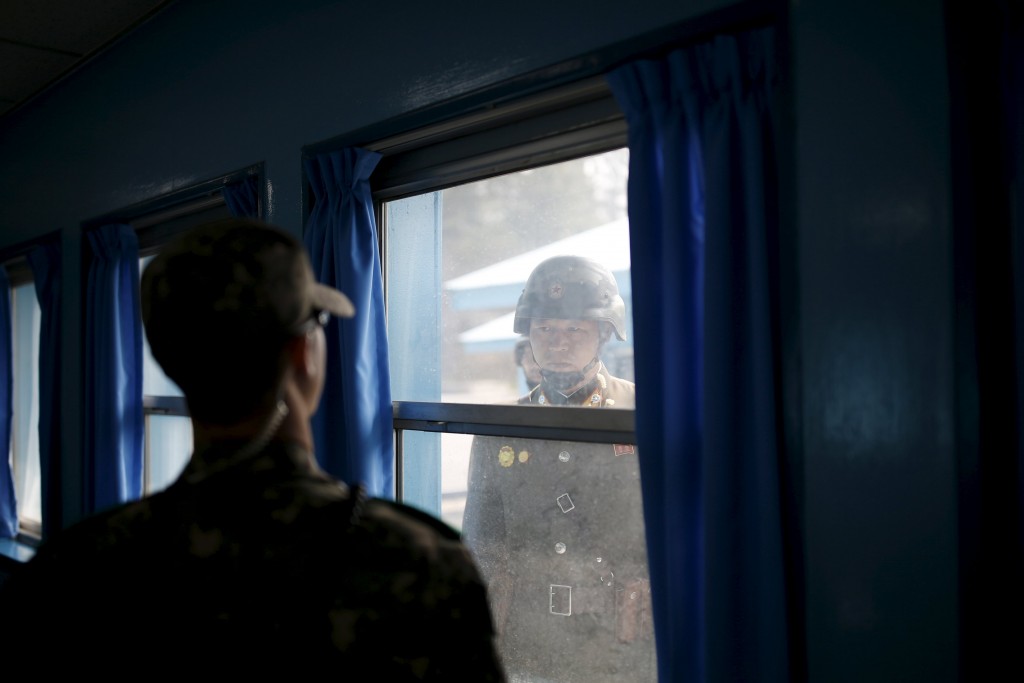 North Korea fired a missile into the sea off its east coast on Friday, the South Korea’s military said, hours after the leaders of South Korea, Japan and the United States warned Pyongyang to end provocations or face more pressure.

The projectile was fired from a region near the North’s east coast, a South Korean military official said by telephone. It was a short-range surface to air missile, another official at the office of the Joint Chiefs of Staff said, adding that the military was trying to determine the range.

Meeting on the sidelines of a global nuclear security summit in Washington, the three leaders recommitted their countries to each others’ defense and warned they could take further steps to counter threats from Pyongyang.

Obama held separate talks with President Xi Jinping of China, the closest North Korea has to an ally, and said they both wanted to see “full implementation” of the latest U.N. sanctions against Pyongyang. But Xi offered no sign that Beijing was prepared to go beyond its consent to the Security Council measures imposed in early March.

The North has fired a string of rockets in recent weeks including a long-range rocket in February that launched an object in space. Leader Kim Jong Un has supervised some of the launches in defiance of U.N. sanctions.

Earlier on Friday, South Korea said North Korea has been sending signals to disrupt GPS reception in the South, leading some shipping vessels to return to port.