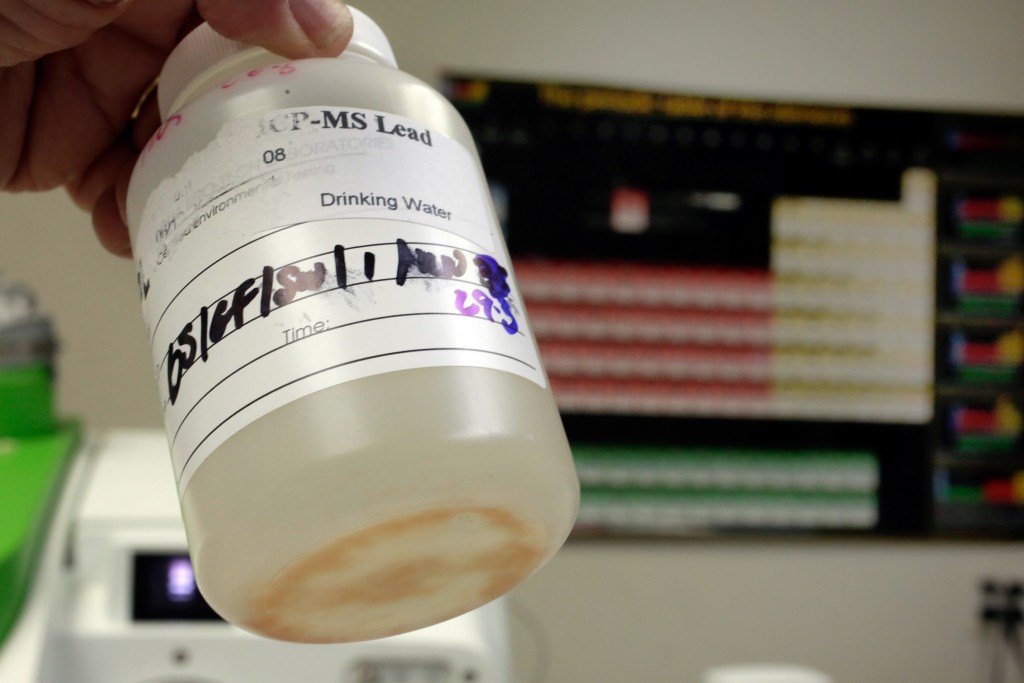 Newark schools released data Thursday night showing that lead above the federally recommended threshold had been found in eight facilities used by city and charter schools.

The results come from buildings where lead testing did not occur last school year. The results show that 16 samples from drinking-water sources had levels at about the 15-parts-per-billion threshold, including water fountains at one charter school where results on one fountain were nearly 20 times the federal limit.

Most of the samples came from utility sinks, bathroom faucets and from a transportation hub and athletic fields.

Twenty-seven buildings were tested for lead last week, and results are expected to be returned to the school district on a rolling basis, with another round of results being released as early as next week, according to spokeswoman Dreena Whitfield.

State lawmakers called for requiring testing drinking water in all of New Jersey’s public schools after Newark schools shut off water at 30 facilities last month because of lead. Testing showed elevated lead levels in some buildings for years.

The lawmakers outlined a measure that would provide more than $20 million for both testing and water filters. Once New Jersey understands the scope of the problem, the lawmakers said they would address the larger and far more expensive challenge of helping schools to replace old pipes and fixtures that are often the cause of contamination.

The proposal underscores the growing focus on lead poisoning in statehouses across the country and in the nation’s capital. Just a decade ago, few schools tested for lead — and few states required them to, according to a report from the Government Accountability Office.

But more lawmakers are considering new mandates in the wake of the water crisis in Flint, Michigan.

The highest lead levels found in the water in Newark’s schools are far lower than those found in homes in Flint. Water also poses a relatively small risk of lead poisoning compared to more common sources, such as lead paint.