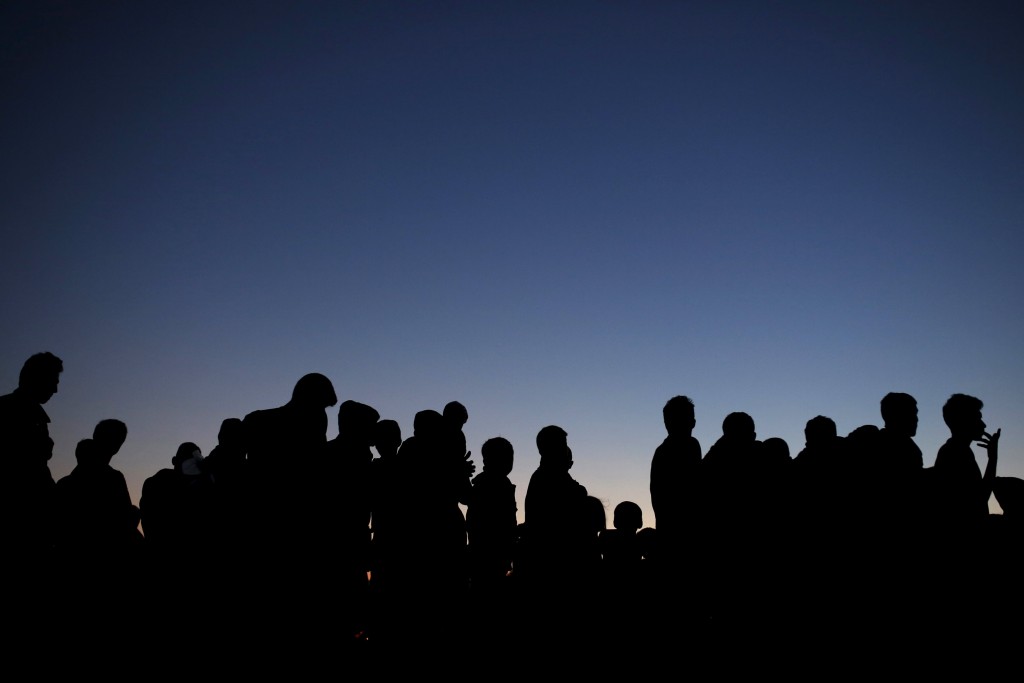 Just days before Turkey is due to begin taking back illegal migrants from Greece under a deal with the European Union, neither side is fully ready, with officials scrambling to be able to make at least a symbolic start as new arrivals rise.

Turkey agreed with the EU this month to take back all migrants and refugees who cross illegally to Greece in exchange for financial aid, faster visa-free travel for Turks and slightly accelerated EU membership talks.

The returns are supposed to begin on April 4 under the plan, which aims to close the main route by which a million migrants and refugees poured across the Aegean Sea to Greece in the last year before heading north, mainly to Germany and Sweden.

But uncertainty remains over how many will be sent back, how they will be processed, and where they will be housed. The plan risks being overwhelmed by the continued flow of migrants to Greece, where arrivals rose sharply on Wednesday.

A series of steps needs to be taken by Monday for the deal to get underway, according to people familiar with an internal European Commission report. These include legislative changes in Greece and Turkey, transport and other logistical arrangements, and clarity on how Turkey will treat non-Syrian refugees.

The report, which followed meetings in Ankara on Wednesday between EU special envoy on migration Maarten Verwey and Turkish officials, called on EU member states to make public reports which portray Turkey as a “safe third country” for refugees.

That appeared to be an attempt to ease concern among rights groups and some European politicians about the legality and feasibility of the deal. They have questioned whether Turkey has sufficient safeguards in place to defend refugees’ rights and whether it can be considered a safe country for them.

The first returnees are expected to be taken by boat from the Greek islands to Dikili, north of the city of Izmir on Turkey’s Aegean coast, Turkish officials said. But where they will be housed in the longer term remains unclear.

“Our worries are that not just Dikili but the whole region’s infrastructure is not ready if they stay here – whether it’s health or education facilities. We have expressed these worries,” Dikili’s mayor, Mustafa Tosun, told Reuters.

District governor Mustafa Nazmi Sezgin was quoted by the Haberturk newspaper as saying the plan was not to set up a refugee camp but just a registration center, from where migrants would be sent on to Izmir or other areas within 24 hours.

Kerem Kinik, vice president of the Turkish Red Crescent, said his organization was preparing a camp with 5,000 places in the province of Manisa east of Izmir after being asked for help by the government, although it would not be ready immediately.

“We will host the first returnees most probably in hotels, seaside holiday camps,” he told Reuters. Some might then be housed in refugee camps, but others were likely to return to the Turkish provinces where they had previously settled, he said.

Turkey has spent almost $10 billion since the start of the Syrian conflict, much of it on refugees camps close to the Syrian border whose standards have won international praise. A new law gives migrants permission to work in Turkey, although there are limitations on where and in which sectors.

Syrians would be free to settle outside camps if they wanted, according to an official from Turkey’s disaster management agency AFAD, which has taken a lead role in managing the 2.9 million Syrian refugees already in Turkey.

“We can’t lock them down in accommodation centers. If they want, they can go to camps, or if they have relatives they might stay with them. But if they say ‘I can take care of myself’ … we can’t pressure them,” the official said.

Turkey’s refugee camps house fewer than 300,000 of its migrant population, who mostly fend for themselves. Critics of the EU-Turkey deal fear some of the returnees from Greece will also end up forced to take illegal jobs or beg on the streets.

Under the pact, Ankara will take back all migrants and refugees who cross to Greece illegally by sea. In return, the EU will resettle thousands of legal Syrian refugees directly from Turkey – one for each Syrian returned from the Greek islands.

The first European resettlement of 40 Syrians to Germany is planned for next week, a diplomatic source said, declining to be named because the plan has not yet been finalized.

Turkey intends to send non-Syrians who do not meet asylum criteria back to their countries of origin, under readmission agreements which Ankara already has with some states and is negotiating with 14 others – including Afghanistan, Bangladesh, Eritrea and Somalia – according to foreign ministry officials.

That has raised concern among rights groups, who worry the deal has been rushed through by European and Turkish leaders without sufficient thought about its implementation.

“Every individual should have access to individualized procedures with the chance to explain if they don’t want to return to Turkey… Being able to achieve all this in such a short period of time seems unrealistic,” said Irem Arf, regional migration researcher for Europe for Amnesty International.

“We don’t consider Turkey a safe country for refugees and asylum seekers. We have documented cases of forced returns to Syria, Iraq and Afghanistan,” she told Reuters.

The Turkish Directorate General of Migration Management acknowledged the return of 27 Afghans, but insisted all were returned voluntarily and that none had requested asylum.