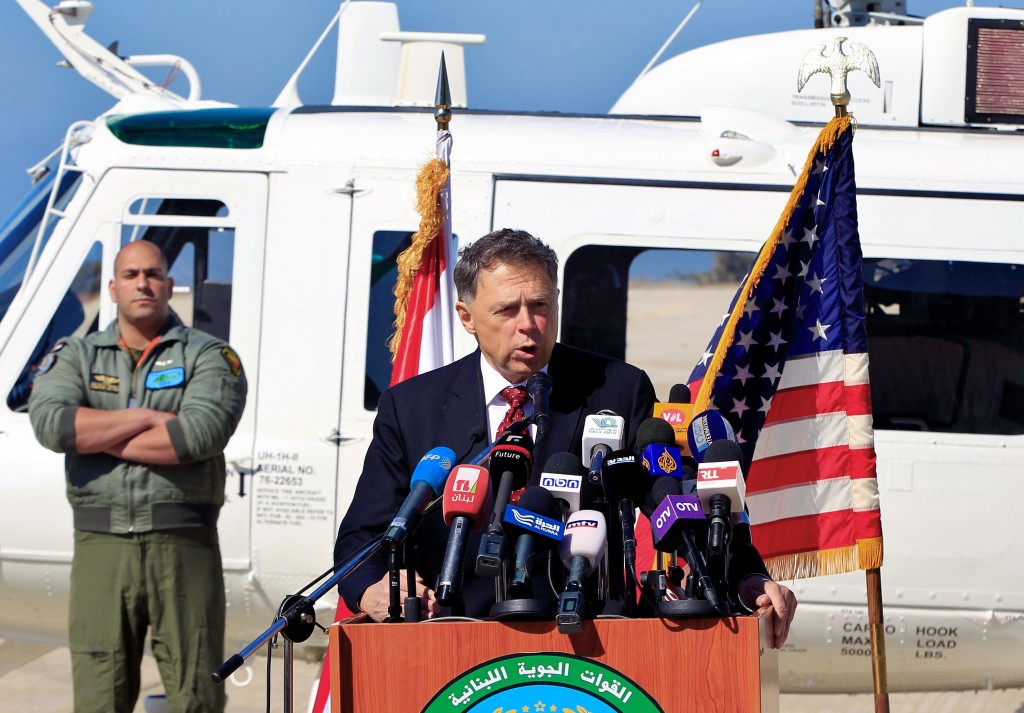 The United States and Great Britain expressed strong support for Lebanon’s army on Thursday, delivering three military helicopters and providing training for its armed forces to help the country’s troops battle terrorists near the border with Syria.

The delivery by Washington of three Huey II helicopters raises to 10 the number of this type of U.S.-made aircraft in Lebanon’s fleet.

U.S. charge d’affaires and interim ambassador, Richard H. Jones, said during a ceremony in the Lebanese capital of Beirut that the $26 million helicopters “demonstrate America’s continued commitment to support” the army’s modernization plans.

Washington has been a major supporter of Lebanon’s army, which is fighting the Islamic State group and al-Qaida’s Syrian branch in border areas.

The delivery coincided with a visit to Lebanon by British Foreign Minister Philip Hammond, who said Lebanon is an important part of the frontline against terrorism and pledged continued support.

“We are delighted by the way that the U.K. support has being translated by the Lebanese armed forces in strengthening border security and enabling the armed forces to take the fight to Daesh (Islamic State) and keep Lebanon safe,” Hammond said after meeting with the Lebanese premier, Tammam Salam.

Hammond later announced in Beirut further assistance in the level of 19.8 million British pounds ($28.5 million), to allow Britain to continue “the monitoring and training and mentoring of the armed forces, including the land border regiments and train another 5,000 more Lebanese soldiers at the British sponsored-facility” in northern Lebanon.

“Our aim is for Lebanon to have secured a 100 percent of its border with Syria,” Hammond said, adding that Britain has trained over 11,000 Lebanese soldiers “in the specialist techniques of urban counterterrorism.”

Britain has been assisting the Lebanese army to equip, train and mentor border regiments since 2012, he added.

The badly needed assistance comes as Saudi Arabia last month announced it was halting deals worth $4 billion aimed at equipping and supporting Lebanese security forces, in retaliation for the tiny country’s siding with Iran amid the Sunni kingdom’s spat with the Shiite powerhouse.