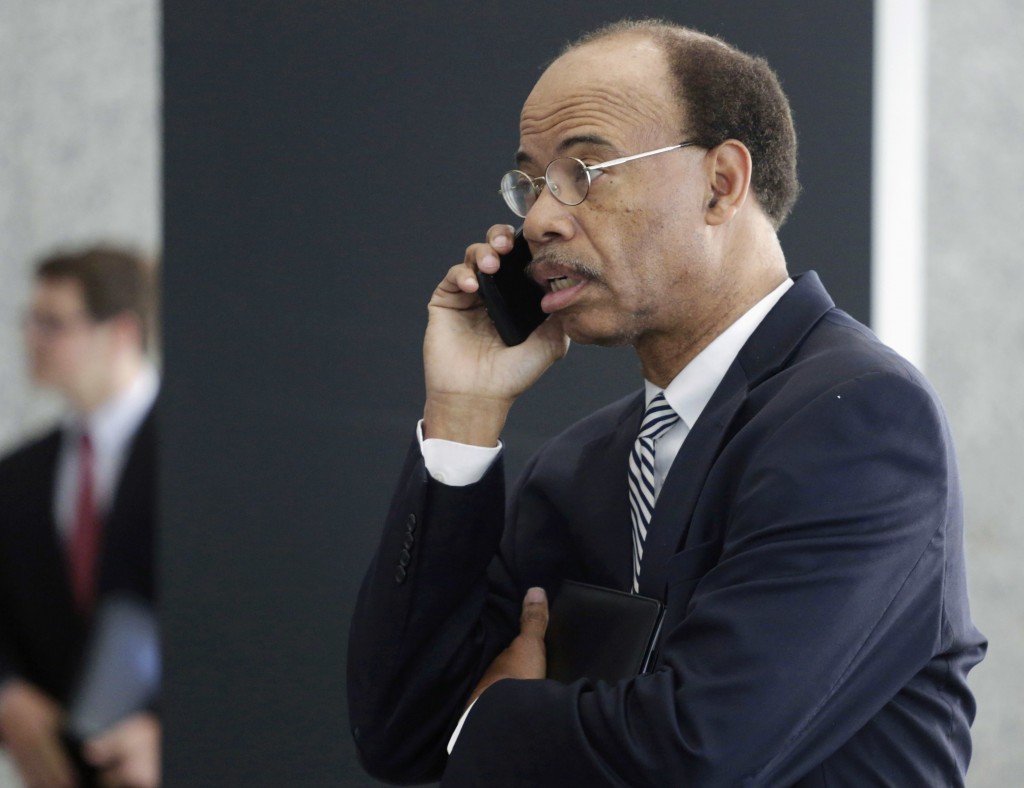 A federal judge on Thursday ordered that a warrant be issued effective at midnight for the arrest of former U.S. Rep. Mel Reynolds for failing to meet a court deadline to return to Chicago from South Africa, where he says he’s tending to a seriously ill daughter.

The decision by U.S. District Judge John Darrah came after Reynolds issued a statement in which he said he would not be returning Thursday as ordered and appealed for compassion.

“Maybe another parent could walk away from their child now, but I can’t,” Reynolds said in the statement he emailed to news outlets on the day he was due to fly back from Johannesburg. “That is why I will not be in Chicago today.”

Reynolds’ statement said his daughter, Marisol, a 23-year-old college student, has scoliosis and may need surgery. He also said she recently had undergone a test indicating she might be in the early stages of cancer.

Reynolds, who faces trial on misdemeanor tax charges, asked prosecutors to “find it in their hearts to realize the magnitude of what we are facing.” He also called on U.S. District Judge John Darrah, who has previously warned Reynolds about violating his bond while traveling in Africa, to “show some compassion and understanding along with his harsh words.”

A spokesman for U.S. Attorney Zachary Fardon had no immediate comment.

Reynolds’ lawyer, Richard Kling, said he had warned Reynolds “in no uncertain terms that he was due back Thursday.”

“I hope he changes his mind,” said Kling, who had not known in advance that Reynolds was issuing the statement.

Reynolds’ decision marked another twist in the strange career of the disgraced former lawmaker, who is scheduled to go to trial May 2 on four counts of failing to file federal income tax returns. Each misdemeanor count carries a maximum sentence of one year in prison and a $250,000 fine.

At a hearing Wednesday in federal court in Chicago, Kling said the former congressman wanted to delay his trial for six months, citing a letter from his daughter’s doctor saying she may need surgery and “having a parent with [her] at this time is very important for her medical well-being.”

Darrah, however, said he shared prosecutors’ concerns that the request seemed open-ended and that there was no guarantee the situation will have changed in six months. The judge requested more specific information about the daughter’s treatment schedule before he rules on the continuance next month.

The judge also declined Reynolds’ request to be allowed to delay his return trip. The judge told Kling he should notify court officials immediately if Reynolds didn’t return by Thursday as expected.

Reynolds, 63, has been allowed to travel several times to Africa since pleading not guilty to charges last year but has clashed with court officials several times.

In November he drew a warning from Darrah after it was revealed he had traveled from Johannesburg to Zambia without court authorization to see a doctor there about his daughter’s condition. A few months earlier, he blasted efforts by pretrial officials to have him placed on electronic monitoring while on bond, saying he was being punished because of the color of his skin.

Once a rising political star, Reynolds had a spectacular fall when he was convicted in 1995 on criminal charges. He was sentenced to five years in prison.

In 1997, while serving his state prison sentence, Reynolds was convicted again — this time in federal court on 15 fraud counts related to illegally raising campaign cash and defrauding banks out of hundreds of thousands of dollars. He was sentenced to 6 ½ years in federal prison.