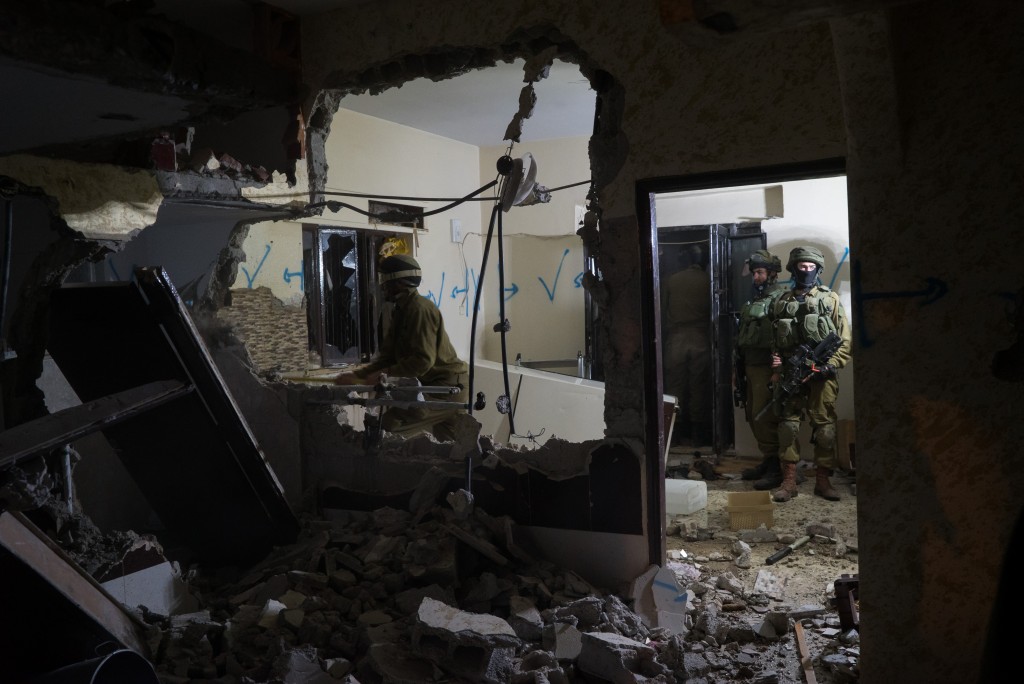 The IDF on Wednesday night demolished the home of Fatah Zakaria Massoudi, the killer of Gennandy Kaufman, Hy”d, who was injured in a stabbing attack near Me’aras Hamachpelah in December and later died of his wounds.

Kaufman, 40, was a resident of Kiryat Arba and was well known in the community, as well as in the Jewish community of Chevron. He was a maintenance worker in the Me’aras Hamachpelah complex, and was probably targeted because terrorists were able to track his movements, as he kept to the same schedule in carrying out his duties, security officials said.

Kaufman’s murderer, a 21-year-old from Chevron, was shot and killed by security forces after the attack. Kaufman left behind a wife and two children.

Overnight Wednesday, security officials said they had arrested 16 wanted security suspects in Yehudah and Shomron. The suspects were wanted for participating in rioting and throwing stones and firebombs that endangered Israeli civilians and IDF soldiers. Several of the suspects were also charged with belonging to Hamas. All were being questioned on their activities by security forces.