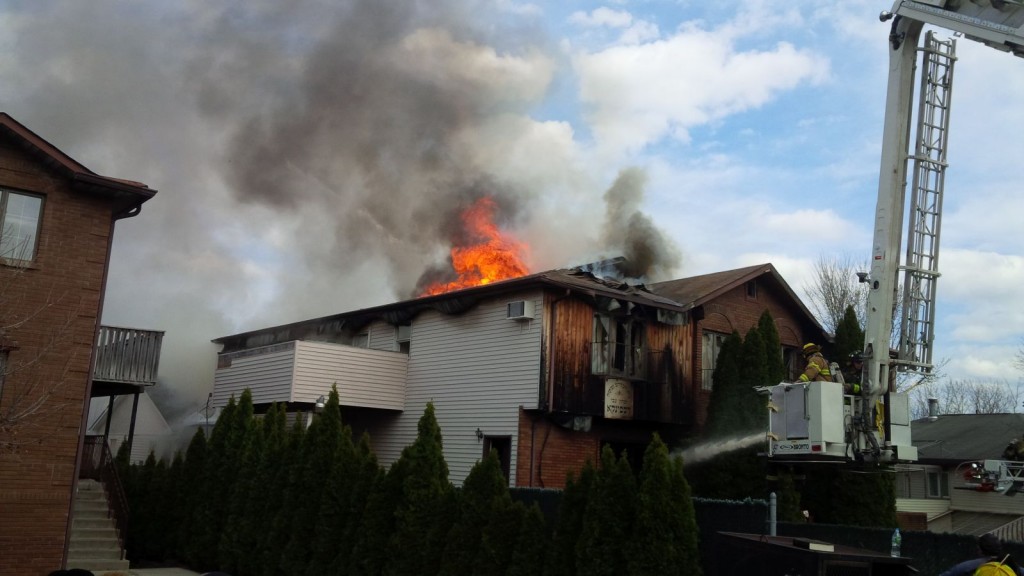 An afternoon fire Thursday destroyed a building that housed a shul and two families in Kiryas Joel but, b’chasdei Hashem, nobody was injured and the sifrei Torah were saved.

Fire Chief Joshua Blumenthal said the blaze started between 1:30 and 2 p.m. Firefighters from eight companies were called in, but the building was gutted and will be demolished.

The building, on Lizhensk Boulevard, was 60-by-150 feet large, with two stories in front and three in the back. It housed the Spinka beis medrash, which had an occupancy of between 30 and 50 people.

The cause of the fire is under investigation. It is believed to have started in the basement before spreading to the first and second floors.

Village resident Yitz Farkas said the fact that nobody was hurt is “the most important thing.”