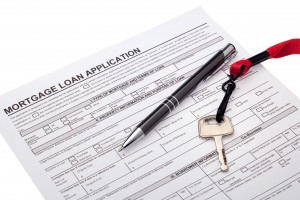 Mortgage buyer Freddie Mac said Thursday the average rate on a 30-year, fixed-rate mortgage was steady at 3.71 percent. The benchmark rate also remained close to the 3.70 percent level it marked a year ago.

The average rate on 15-year fixed-rate mortgages edged up to 2.98 percent from 2.96 percent last week.

Prices of U.S. government bonds and their yields — which move in opposite directions — also showed little change over the week, in contrast to their sharp swings in recent weeks.

Mortgage rates tend to follow Treasury bond yields. The yield on the 10-year Treasury bond stood at 1.83 percent Wednesday, down from 1.87 percent a week earlier. The yield slipped to 1.82 percent Thursday morning.

Federal Reserve Chair Janet Yellen, in a speech Tuesday, reaffirmed the Fed’s plans to move slowly in raising the interest rates it controls. That prospect could keep a lid on mortgage rates in coming weeks.

The average fee for a 30-year mortgage was unchanged from last week at 0.5 points. The fee for a 15-year loan also held steady, at 0.4 points.

Rates on adjustable five-year mortgages averaged 2.90 percent this week, up from 2.89 percent last week. The fee remained at 0.5 points.