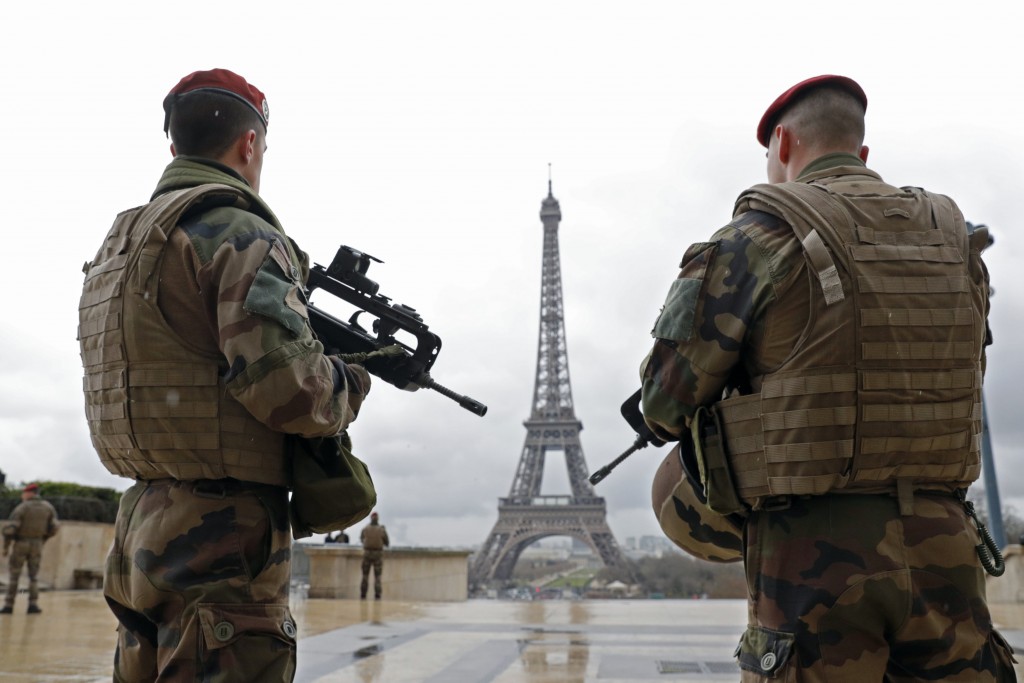 France has decided to deploy 1,600 additional police officers to bolster security at its borders and on public transportation following the deadly blasts in Brussels March 22.

Authorities are searching on Thursday a wooded, residential area close to the French border amid reports that the action is linked to the recent arrest of a man in Paris suspected of planning an attack.

Soldiers were seen looking for clues in a wooded area close to Kortijk in western Belgium, only miles from the French border.

Local media, citing federal prosecutors, said it was linked to the arrest of Reda Kriket, who is accused of participating in a terrorist group with plans for at least one imminent attack, of possessing and transporting arms and explosives, and of holding fake documents.

Paris prosecutor François Molins said that Kriket is believed to have traveled to Syria in 2014 and 2015, and made several trips between France and Belgium.

At least three other people in the case are in custody in Belgium and the Netherlands.

In an open letter to their superiors and the airport authorities, which they provided to The Associated Press Thursday, police said they had sent “strong daily signals regarding the overall security at the airport.”

They complained that “there had not been any security control of passengers or luggage from the airport complex right up to the centralized body searches” area.

The letter said the lack of security was such that police fear “scouts were sent out to assess the security lapses and plan terror.”

The airport police also complain that too many airport employees have criminal backgrounds.