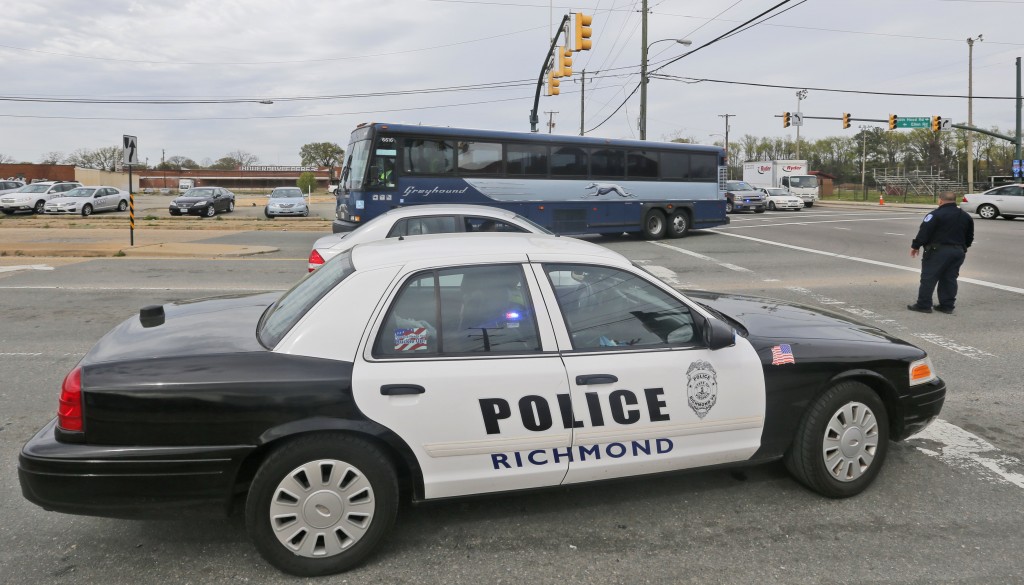 A gunman shot a Virginia state trooper Thursday at a busy bus terminal in the capital city of Richmond before he was shot dead by two other troopers, police said. Two civilians were hurt, though it was not clear if they had been shot.

The trooper’s injuries were life-threatening, said Virginia State Police spokeswoman Corinne Geller. The two civilians were expected to survive. Initially, State Police had said in a news release that two troopers were taken to a hospital, but Geller later told reporters that only one had been hurt.

Brendan Hamilton told The Richmond Times-Dispatch he was about to walk into the station when he heard two loud bangs, then saw flashes of light. He told the newspaper he then heard at least five more bangs. People then started to run out of the building, said Hamilton, 28, who was visiting from Baltimore.

Vincent Smith was working next door to the Greyhound station when he heard sirens and saw police cars buzzing by.

“The police units just poured in like a river,” said Smith, who works at the U-Haul Moving and Storage facility. “I went to the end of the lot and there must have been 30 units just a block away.”

Smith said he saw police officers carrying shields and assault weapons. An officer came by and ordered him and his co-workers to stay inside and lock the doors until they’re told it was safe again. By late afternoon, he said he had been locked inside for about an hour and a half.

City Councilwoman Reva Trammell called it “the saddest day in the city of Richmond.”

“State troopers doing their job and innocent people shot,” she said. “Why? This was a senseless act.”

Richmond Mayor Dwight Jones issued a statement saying he was being briefed on the situation. The Greyhound Bus Station is located west of the city’s downtown area, across from Richmond’s minor league baseball stadium and within a former industrial area. It is located on a main thoroughfare connecting a residential district to the stadium and nearby restaurants.

Greyhound issued a statement saying that the Richmond, Virginia, station was “closed until further notice.”