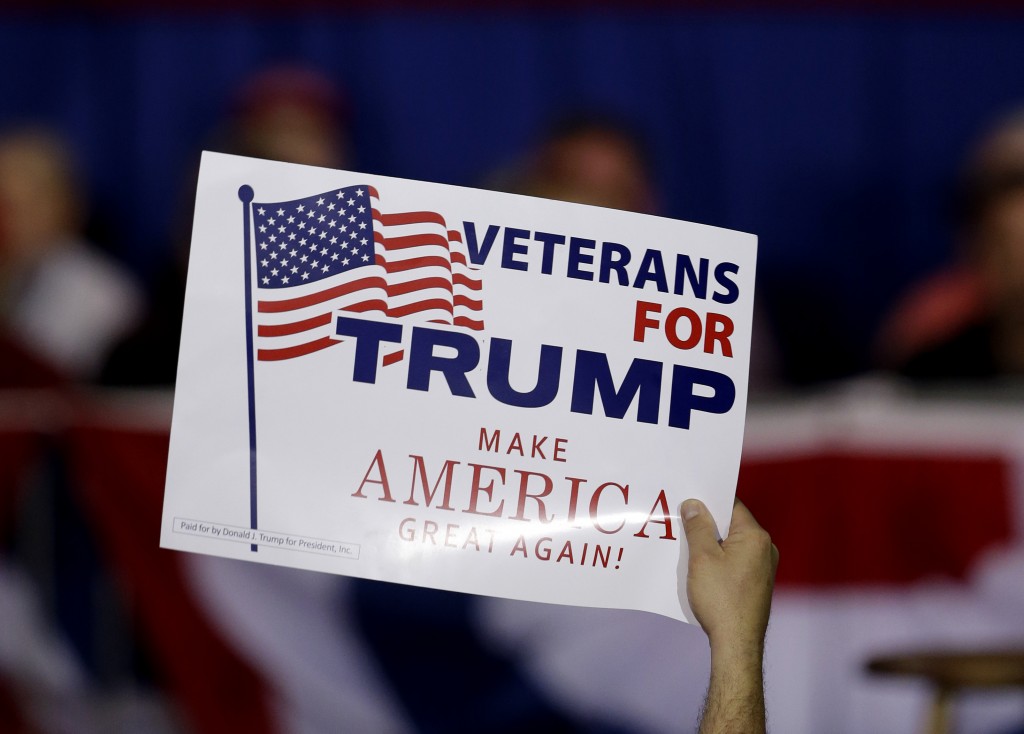 Donald Trump, turning his focus to Wisconsin even as another controversy cast a shadow over his campaign, said Tuesday he will no longer honor his pledge to support the eventual Republican pick for president. And his two Republican rivals, Texas Sen. Ted Cruz and Ohio Gov. John Kasich, also refused to say they would support Trump or whoever is the nominee.

All three Republicans appeared at a CNN town hall in Milwaukee one week before Wisconsin’s April 5 primary. Both Democratic candidates, former Secretary of State Hillary Clinton and Vermont Sen. Bernie Sanders, also campaigned in the state.

Trump said he was rescinding his promise to back the GOP nominee because “I have been treated very unfairly.” He listed the Republican National Committee, the Republican Party, and party establishment among those he claims have wronged him.

Kasich and Cruz also refused to say whether they would stand by the pledge.

Trump also said he thinks the top roles of the U.S. government include security, health care, and education, even though he has called for eliminating the U.S. Department of Education.

Trump arrived in Wisconsin fending off another controversy. His campaign manager, Corey Lewandowski, was charged with misdemeanor battery in Florida on Tuesday over an altercation with a reporter earlier this month, prompting Cruz to accuse the billionaire front-runner of fostering a culture of “abusive behavior.”

The candidates consider Wisconsin’s primary a pivotal one in the race.

Trump told supporters at a rally that “if we win Wisconsin, it’s pretty much over,” noting his significant delegate lead over both Cruz and Kasich. Trump held the rally in Janesville, Wisconsin, hometown of House Speaker Paul Ryan — who last week called for more civility in politics even as the Republican presidential race grew more personal and nasty.

Cruz, speaking at the town hall, said his focus was on winning the GOP nomination — either by getting the 1,237 delegates necessary by the end of the primary season or capturing the nomination at the Republican National Convention in July.

Trump leads Cruz in the delegate chase, where Kasich lags in a distant third place. Should Cruz win, it would narrow Trump’s already tight path to the nomination and raise the prospect of a contested convention in Cleveland.

Clinton also lashed out at Trump over the controversy surrounding his campaign manager, saying that “ultimately the responsibility is Mr. Trump’s.”

Sanders zeroed in on voter identification laws at a town hall in Appleton, Wisconsin. Wisconsin’s voter ID law, which went into effect this year, is one of the most restrictive in the country. Supporters say it helps guard against election fraud.