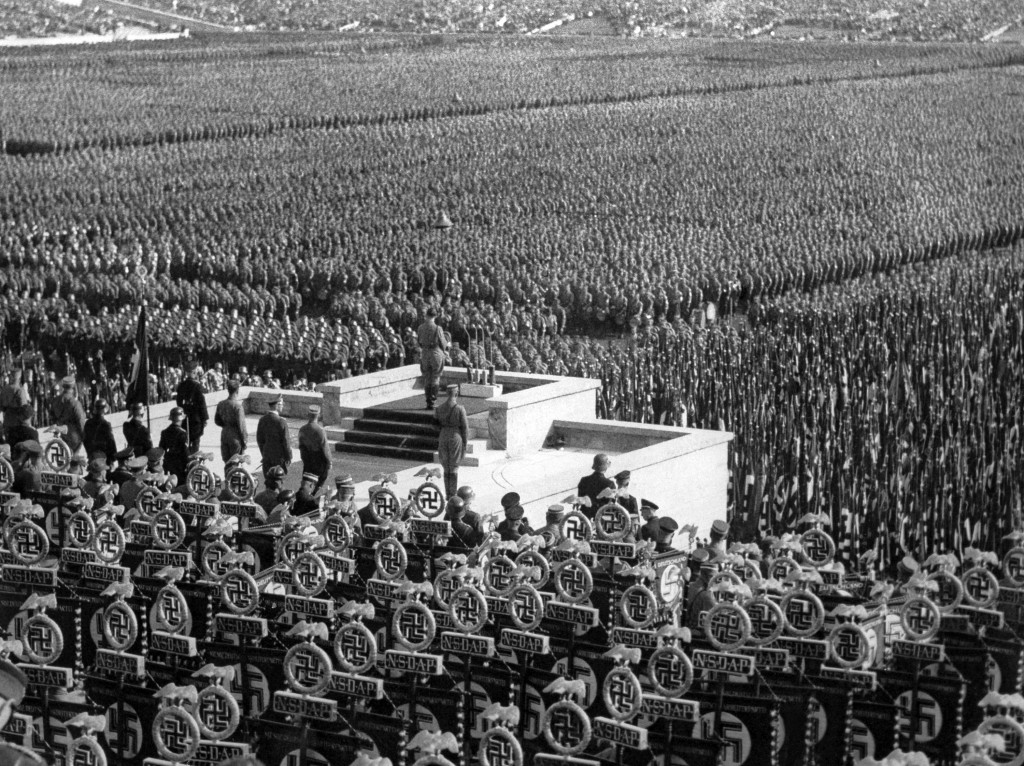 The Associated Press cooperated with the Third Reich in Germany during the 1930’s, giving American newspapers materials produced and chosen by the German propaganda hierarchy in exchange for being allowed to work in a regime that had banned most international media, according to an explosive new report published in a German academic journal.

The German-language report was published in the journal Studies in Contemporary in History by Harriet Scharnberg, a historian at Martin Luther University in Germany, who uncovered archival materials detailing the AP-Third Reich cooperation. The U.K. Guardian was the first English-language periodical to report on Scharnberg’s article.

As described in the Guardian article, “When the Nazi party seized power in Germany in 1933, one of its first objectives was to bring into line not just the national press, but international media too. The Guardian was banned within a year and, by 1935, even bigger British-American agencies such as Keystone and Wide World Photos were forced to close their bureaus after coming under attack for employing Jewish journalists.

“Associated Press … was the only western news agency able to stay open in Hitler’s Germany, continuing to operate until the US entered the war in 1941. It thus found itself in the presumably profitable situation of being the prime channel for news reports and pictures out of the totalitarian state.”

“AP was only able to retain its access by entering into a mutually beneficial two-way cooperation with the Nazi regime,” whereby the “New York-based agency ceded control of its output by signing up to the so-called Schriftleitergesetz (editor’s law), promising not to publish any material ‘calculated to weaken the strength of the Reich abroad or at home.’ ”

AP hired reporters and photographers who also worked in the Nazi propaganda office. One of the AP’s photographers was Franz Roth, who “was a member of the SS paramilitary unit’s propaganda division, whose photographs were personally chosen by Hitler. AP has removed Roth’s pictures from its website since Scharnberg published her findings, though thumbnails remain viewable due to ‘software issues,’ ” according to the Guardian.

Additionally, AP provided photos to the Nazis for use in the Third Reich’s anti-Semitic propaganda. For example, the infamous Nazi propaganda booklet “Der Untermensch” (“The Sub-Human”) was illustrated with AP photographs, and “Die Juden in USA” (“The Jews in the USA”) purported to show Jewish Americans in a disgusting manner by using a photo AP had snapped of Fiorella LaGuardia, the Jewish mayor of New York, eating with his hands.

The AP’s deal with the Nazis may have allowed people in the U.S. to see some elements of a brutal regime that otherwise may not have been seen at all; indeed, AP Berlin correspondent Louis P. Lochner won a Pulitzer Prize in 1939. However, the deal also allowed the Nazis to ensure that the world would only see its regime in a manner which the regime approved of. As Scharnberg said, the deal provided a way for the Nazis to “portray a war of extermination as a conventional war.”

For example, in June of 1941, the Nazis invaded the Ukrainian city of Lviv (Lemberg). When they discovered that mass killings had taken place there by the Soviets, the Nazis organized “revenge” pogroms against the Jews in that city.

Photographs taken by Roth, the Nazi photographer, of dead bodies inside the Lviv prison were personally selected by Hitler and distributed to American media through AP.

“Instead of printing pictures of the days-long Lviv pogroms with its thousands of Jewish victims, the American press was only supplied with photographs showing the victims of the Soviet police and ‘brute’ Red Army war criminals,” Scharnberg said in an interview with the Guardian.

“To that extent, it is fair to say that these pictures played their part in disguising the true character of the war led by the Germans,” said the historian. “Which events were made visible and which remained invisible in AP’s supply of pictures followed German interests and the German narrative of the war.”

An AP spokesperson said that Scharnberg’s report “describes both individuals and their activities before and during the war that were unknown to AP.”

“As we continue to research this matter, AP rejects any notion that it deliberately ‘collaborated’ with the Nazi regime,” the AP spokesperson told the Guardian. “An accurate characterization is that the AP and other foreign news organizations were subjected to intense pressure from the Nazi regime from the year of Hitler’s coming to power in 1933 until the AP’s expulsion from Germany in 1941. AP management resisted the pressure while working to gather accurate, vital and objective news in a dark and dangerous time.”

But Scharnberg’s discovery also raises troubling questions regarding AP’s conduct today. As the Guardian notes, “AP’s relationship with totalitarian regimes has once again come under scrutiny. Since January 2012, when AP became the first western news agency to open a bureau in North Korea, questions have repeatedly been raised about the neutrality of its Pyongyang bureau’s output.

“In 2014, Washington-based website NK News alleged that top executives at AP had in 2011 ‘agreed to distribute state-produced North Korean propaganda through the AP name’ in order to gain access to the highly profitable market of distributing picture material out of the totalitarian state.”

A leaked draft agreement published by Nate Thayer, a former AP correspondent in Cambodia, shows that AP was willing to allow the Korean Central News Agency to select a journalist and photographer to work in the bureau. In response to this leaked draft, “AP told the Guardian that ‘it would be presumptuous to assume ‘the draft’ has any significance.”

A number of major world events involving North Korea that were “reported in the international media, were not covered by AP’s Pyongyang bureau, such as the six-week public disappearance of North Korean leader Kim Jong-un in September and October 2014, the November 2014 Sony Entertainment hack that had allegedly been orchestrated by a North Korean cyberwarfare agency, or a reports of a famine in South Hwanghae province in 2012.”

An AP spokersperson insisted “We do not run stories by the Korean Central News Agency or any government official before we publish them. At the same time, officials are free to grant or deny access or interviews.”

However, Thayer told the Guardian: “It looks like AP have learned very little from their own history. To claim, as the agency does, that North Korea does not control their output, is ludicrous. There is naturally an argument that any access to secretive states is important. But at the end of the day it matters whether you tell your readers that what you are reporting is based on independent and neutral sources.”