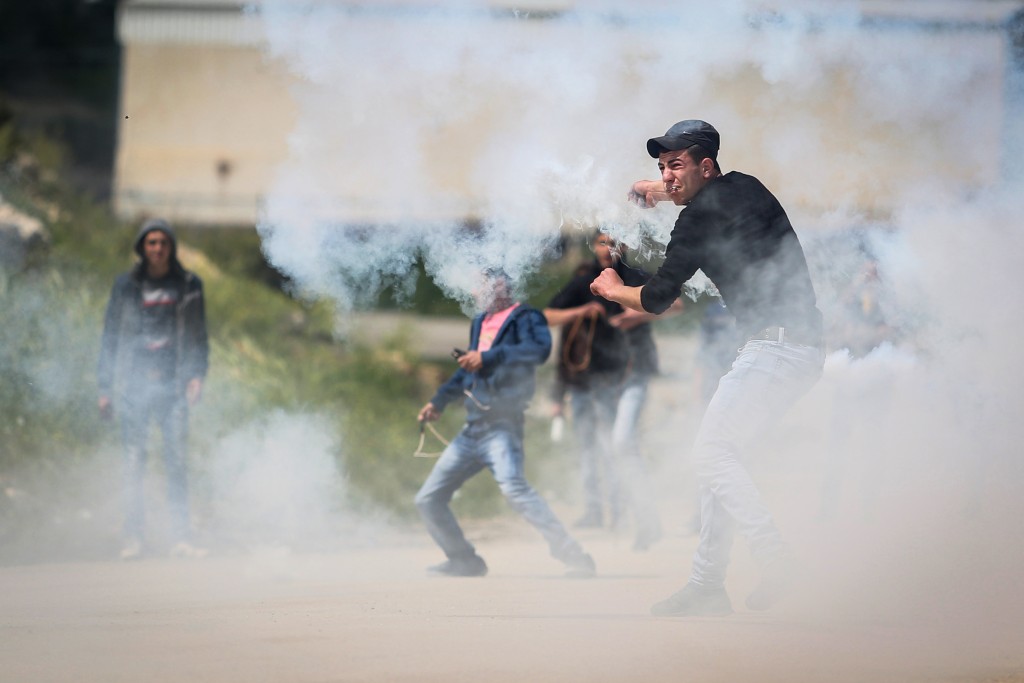 The mob pelted the IDF unit stationed at the southern part of the site with rocks and firebombs, and were repelled with rubber bullets and other riot control means.

Another large-scale disorder occurred in the afternoon outside Ofer Prison on Route 443. There too, the IDF had to employ riot dispersal equipment to restore order. No injuries were reported in either incident.

At Kiryat Arba, a Palestinian terrorist attempted to run an Israeli motorist off the road. B’chasdei Shamayim, the motorist, a resident of Kiryat Arba, was unhurt.

Rock and firebomb throwing incidents were reported throughout the day on Wednesday in various locations, including: Hizma on the road from Yerushalayim to Binyamin, and Gush Etzion, in the Jenin area.