World Another Lion Escapes From Park in Africa
World 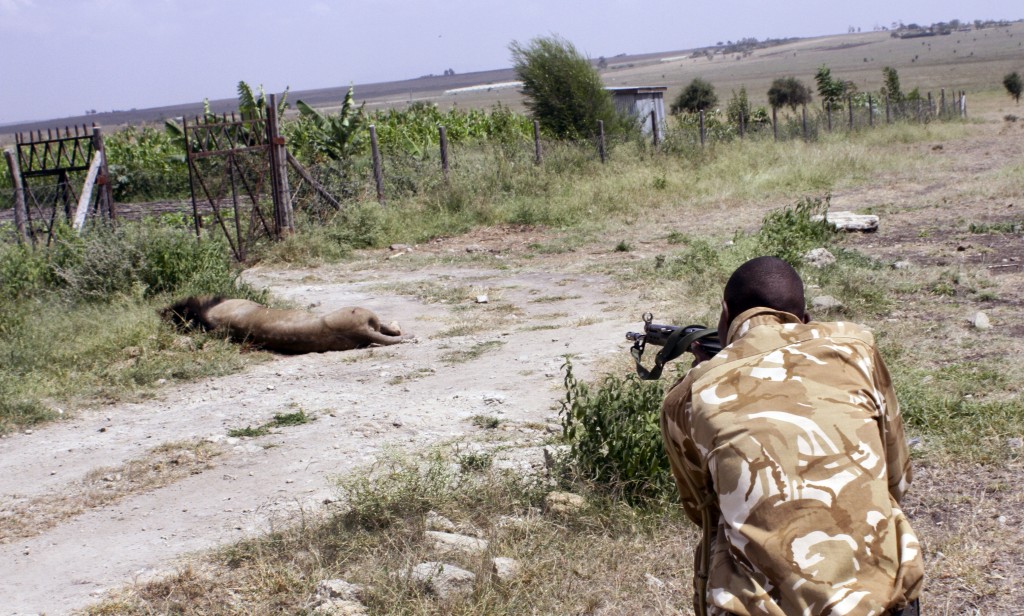 A lion was shot dead in Kenya on Wednesday after attacking a man, while trackers in South Africa searched for a lion whose earlier escape from a park prompted appeals to wildlife officials to relocate it rather than kill it.

Wildlife officials in Kenya shot the escaped lion several times after it injured a man in the Kajiado district, near Nairobi, the capital, said Paul Udoto, a spokesman for the Kenya Wildlife Service.

Officials had planned to capture the lion, but the animal become too agitated by the noise of a gathering crowd and had to be killed, he said.

However, a later statement from the Kenya Wildlife Service said the lion was killed in a wildlife migration area outside the park’s southern section, which is not fenced, and that the lion was trying to establish new territory. The 13-year-old male lion named Mohawk had recently been involved in territorial fights, according to the statement.

The lion struck a 27-year-old man on a motorcycle who was among 400 people surrounding the lion, the wildlife service said. The man suffered deep lacerations on his back as well as bruises from falling off the bike, it said.

It was the second incident this month involving a stray lion in Kenya. On March 18, a lion mauled a pedestrian in Nairobi before being captured. Nairobi National Park, which covers 117 square kilometers (45 square miles) on the outskirts of the city, is home to endangered black rhinos, lions, leopards, cheetahs, giraffes and diverse birdlife. The park is under growing pressure as the city expands.

In South Africa, wildlife officials backtracked from earlier statements that they would kill a lion that escaped from Karoo National Park because it was a threat to humans. Those statements were met with an outcry from people who say the lion, dubbed Sylvester in local media, should be captured and relocated. It is the lion’s second escape from the park, located in an arid and sparsely populated part of South Africa.

Last year, wildlife staff also labeled the Karoo lion “Spook” — “Ghost” in the Afrikaans language — because of its ability to stay one step ahead of searchers during its first breakout.

The South African parks service said they are now considering various options, including returning the lion to the park and improving its fencing, moving the lion to another park, donating the lion to a conservation group or killing it if it causes “massive” damage — an apparent reference to livestock it may kill — or is a direct threat to humans.

“Specifically, the loss of human life poses an even greater danger as the animal may lose fear for humans and see them as easy prey,” the parks service said in a statement.