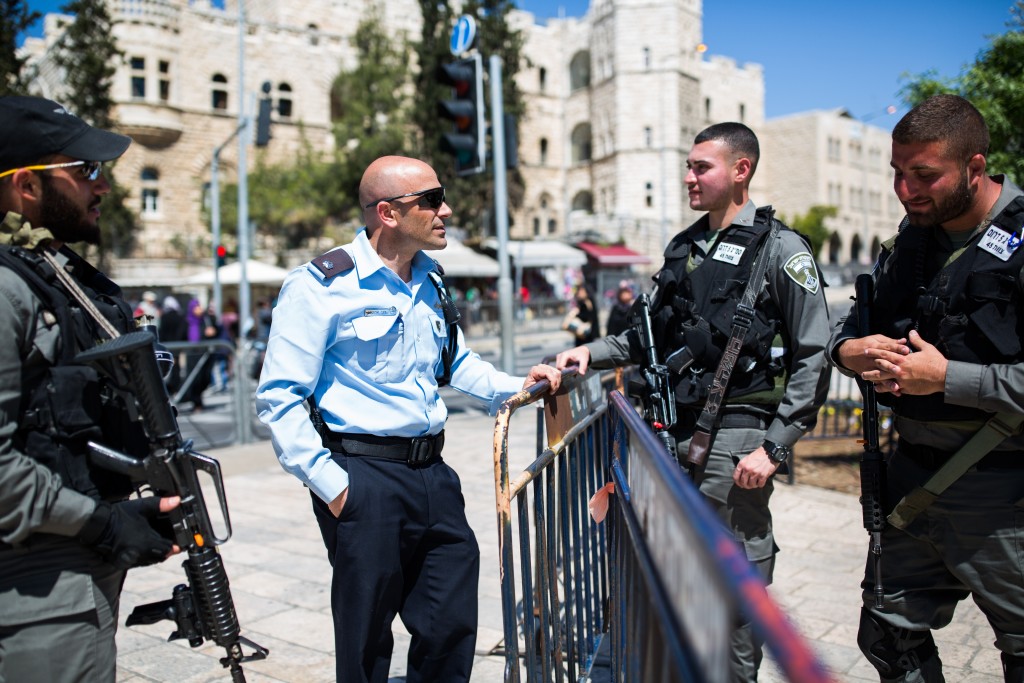 The downturn in Palestinian terrorism in Yerushalayim in recent weeks has been the result of a concerted, round-the-clock counter-terror campaign by security forces in the capital, police spokesman Micky Rosenfeld said on Wednesday.

Over 3,500 police officers have been enlisted in the carefully coordinated effort to bring under control the widespread, unpredictable wave of terror that has plagued the city for most of the past six months. The last attack was on March 9 outside the Old City.

“Of course, the strategy is having police units at the right place at the right time, so we have mapped out the different areas where terror attacks could or have taken place,” Rosenfeld told The Jerusalem Post.

Security officials have frequently blamed the difficulty of combating the terror due to the lone-wolf phenomenon, individuals acting on their own rather than at the direction of terror organizations which can be infiltrated and monitored to provide advance warning of attacks.

Rosenfeld said the answer lies in constant vigilance and planning.

“Multiple units are carrying out security measures in those areas – constantly guarding and patrolling them by car, motorcycle and foot, with undercover officers on site at all times,” he said. In addition, a Tactical Intelligence Assessment Unit has been instrumental in “keeping all units connected in real time.”

The police have also shifted focus to the social media, where incitement to violence has been behind many of the attacks.
“Over the last couple months, there’s been a change in tracking and finding potential terrorists, and police units are deeply involved in tracking social media sites where potential terrorists are making contact with one another and transferring information,” he said.

“Based on this information, police have been able to reach potential terrorists and have them arrested before they can carry out attacks.”