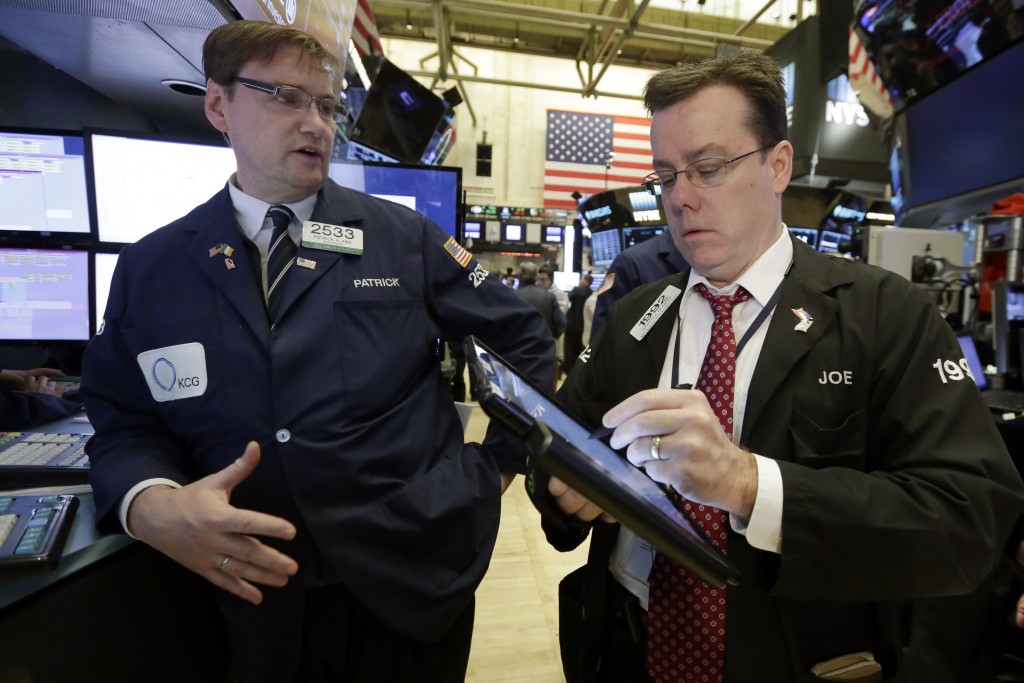 U.S. stocks are rising in afternoon trading Tuesday as Federal Reserve Chair Janet Yellen said the central bank still expects interest rates in the U.S. to rise gradually. Big names including Apple and Microsoft are leading tech stocks higher, while energy companies are falling along with the price of oil.

FED FOCUS: In remarks to the Economic Club of New York, Fed Chair Yellen said the Fed expects to move slowly because global economic issues could harm the U.S. economy. Those concerns include a world economic slump, lower oil prices, and the shaky stock market. The Federal Reserve left interest rates unchanged earlier this month, and economists expect the same at its next meeting in late April.

TECH STOCKS: Apple climbed $1.86, or 1.8 percent, to $107.05 after the FBI dropped its legal efforts to force Apple to break into the iPhone used by Syed Farook, who along with his wife killed 14 people in San Bernadino, California, in December. The FBI said it was able to hack into the phone, and asked a court to vacate an order forcing Apple to help. Apple had been fighting the government’s efforts and said it will continue trying to make its products more secure.

Elsewhere, Microsoft added 87 cents, or 1.7 percent, to $54.41. Information technology company SAIC advanced $4.14, or 8.9 percent, to $50.69 after its fourth-quarter profit was far larger than analysts expected.

MEDIVATION INQUIRY: Drugmaker Medivation fell after a group of legislators urged a federal agency to take steps that could cut the price of Medivation’s prostate cancer treatment Xtandi. Xtandi is Medivation’s only approved drug, and sales topped $1 billion last year. The stock shed $4.16, or 10.1 percent, to $37.09.

BANKS BONKED: The weakening price of oil also hurt bank stocks. They have come under pressure this year because investors are worried that their loans to energy companies won’t be repaid. Bank of America fell 30 cents, or 2.2 percent, to $13.32 and Fifth Third Bancorp lost 42 cents, or 2.5 percent, to $16.54.

FEELING GOOD: Consumers said they are feeling more confident, partly because the stock market has rebounded over the last month and a half. The Conference Board said its consumer confidence index rose. Their view of current economic conditions grew dimmer, but consumers reported feeling a bit better about the future.

CONN NOT: Retailer Conn’s skidded $3.80, or 24.3 percent, to $11.85 after its quarterly profit came up short of estimates and its 2016 forecasts disappointed investors.