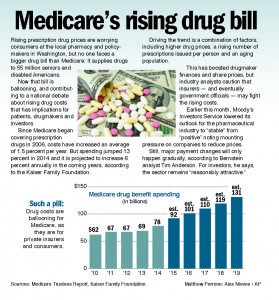 Stocks closed at their highest level of the year Tuesday as investors welcomed the latest signal from the Federal Reserve that it will move slowly to raise interest rates. Big names including Apple and Microsoft led technology stocks higher as the market made its biggest gain in two weeks.

Stocks rose after Yellen confirmed that the Fed isn’t in a hurry to raise interest rates. The Fed made similar points just two weeks ago, but since then, some members of the Fed’s decision making committee had said they thought it was time for rates to go higher. Yellen’s remarks boosted all corners of the market, and the price of gold rose along with stocks. Bond prices also rose and yields sank.

Apple climbed $2.51, or 2.4 percent, to $107.70 after the FBI dropped its legal efforts to force Apple to break into the iPhone used by Syed Farook, who along with his wife killed 14 people in San Bernadino, California, in December. The FBI said it was able to hack into the phone, and asked a court to vacate an order forcing Apple to help. Apple had been fighting the government’s efforts and said it will continue trying to make its products more secure.

Financial stocks made only small gains and lagged the market. They are able to charge more money on lending when interest rates are higher, so the Fed’s low-rate policy has hurt the sector. So has the weakening price of oil, because investors are worried that loans to energy companies won’t be repaid.

In her remarks to the Economic Club of New York, Yellen said the Fed expects to move slowly because the U.S. economy and financial conditions have weakened over the last few months, and global pressures could harm the U.S. economy. Those concerns include the possibility of a broad economic slump, lower oil prices, and the shaky stock market.

The Fed cited similar reasons earlier this month, when it said it expected to raise rates twice this year, not four times.

Drugmaker Medivation fell after a group of legislators took aim at the company over the price of its prostate cancer treatment Xtandi. They urged federal agencies to cut the price of Xtandi and asked for public hearings. Xtandi is Medivation’s only approved drug, and its average list price is about $129,000 a year. Sales topped $1 billion last year. Medivation stock shed $2.50, or 6.1 percent, to $38.75.

Retailer Conn’s skidded $3.84, or 24.5 percent, to $11.81 after its quarterly profit came up short of estimates and its 2016 forecasts disappointed investors.