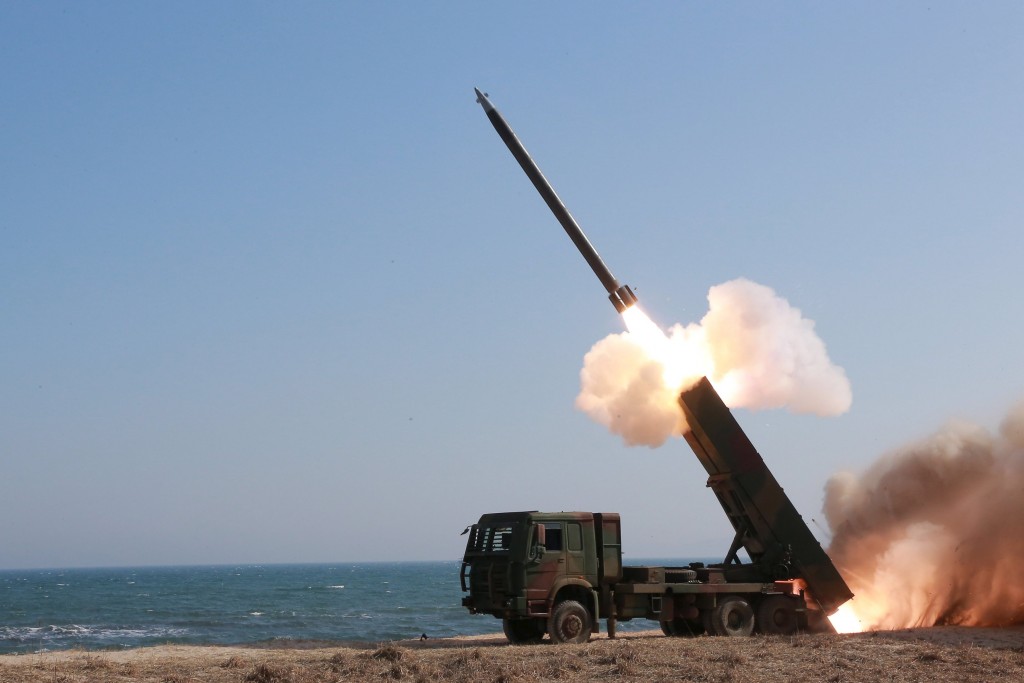 The missile was fired from the North Korean resort town at Wonsan at 5.40 p.m. local time and flew northeast for about 124 miles (200 km) over the sea before it appeared to make contact with land, Yonhap said.

Leader Kim Jong Un has presided over a string of short-range missile launches in recent weeks in what state media have characterized as a response to U.N. sanctions imposed upon the isolated country for its fourth nuclear test in January.

The meeting on the sidelines of a Nuclear Security Summit in Washington will take place the same day Obama talks with Chinese President Xi Jinping.