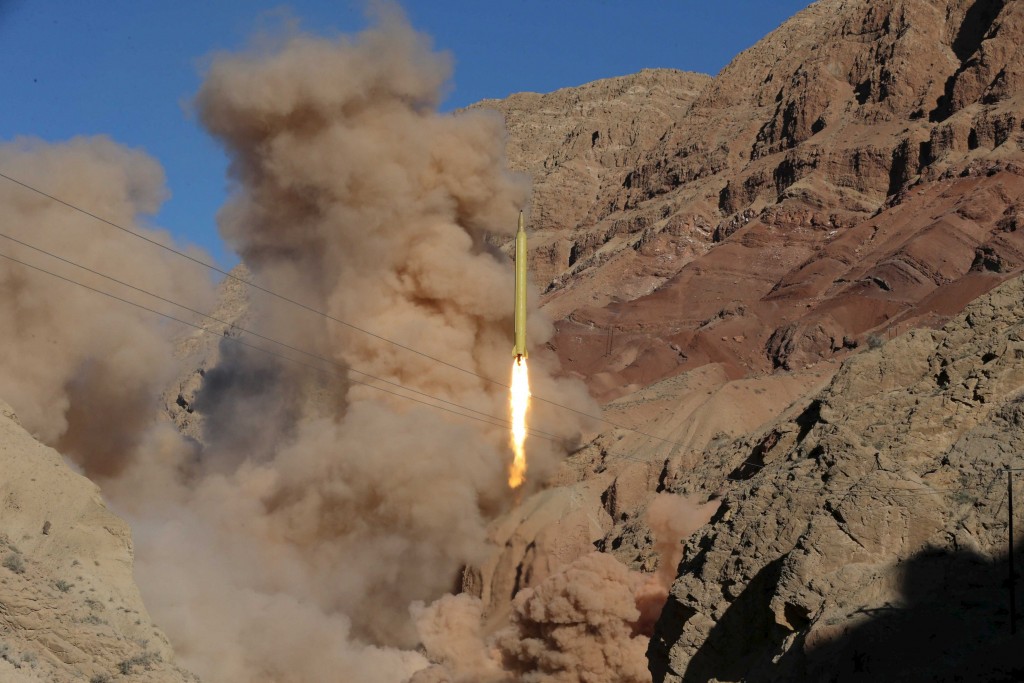 The letter said the missiles used in the recent launches were “inherently capable of delivering nuclear weapons.” It also asked that the Security Council discuss “appropriate responses” to Tehran’s failure to comply with its obligations and urged Ban to report back on Iranian missile work inconsistent with 2231.

Spain has been assigned the task of coordinating council discussions on resolution 2231.

Council diplomats have said the case for new U.N. sanctions was weak, hinging on interpretation of ambiguous language in a resolution adopted as part of a July nuclear deal to drastically restrict Iran’s nuclear work.

Western officials say that although the launches went against 2231, they were not a violation of the core nuclear agreement between Iran, Britain, China, France, Germany, Russia and the United States.

Russia, a permanent veto-wielding council member, has made clear it does not support new U.N. sanctions on Iran. Both Russia and China had lobbied against continuing restrictions on Iran’s missile program during last year’s negotiations on the nuclear deal.

The four powers’ carefully worded letter stopped short of calling the Iranian launches a “violation” of the resolution, which “calls upon” Iran to refrain for up to eight years from activity, including launches, related to ballistic missiles designed with the capability of delivering nuclear weapons.

Diplomats say key powers agree that the request is not legally binding and cannot be enforced under Chapter 7 of the U.N. Charter, which deals with sanctions and authorization of military force. But Western nations, which view the language as a ban, say there is a political obligation on Iran to comply.

International sanctions on Tehran were lifted in January under the nuclear deal.

The commander of Iran’s Revolutionary Guards’ missile battery said the missiles tested were designed to be able to hit U.S. ally Israel. The United States condemned the remarks and Russia said countries should not threaten each other.

The letter said the four Western powers “note with concern that Iranian military leaders have reportedly claimed these missiles are designed to be a direct threat to Israel.”

Several diplomats said the most Iran could expect would be a public rebuke by the Security Council. Under the nuclear deal, the reimposition of U.N. sanctions would only be triggered by violations of the agreed restrictions on Iran’s atomic work.

But a council rebuke could provide a legal springboard for European countries to consider new sanctions against Iran, Western diplomats said.

France has also suggested there could be unilateral European Union sanctions against Iran over the launches.