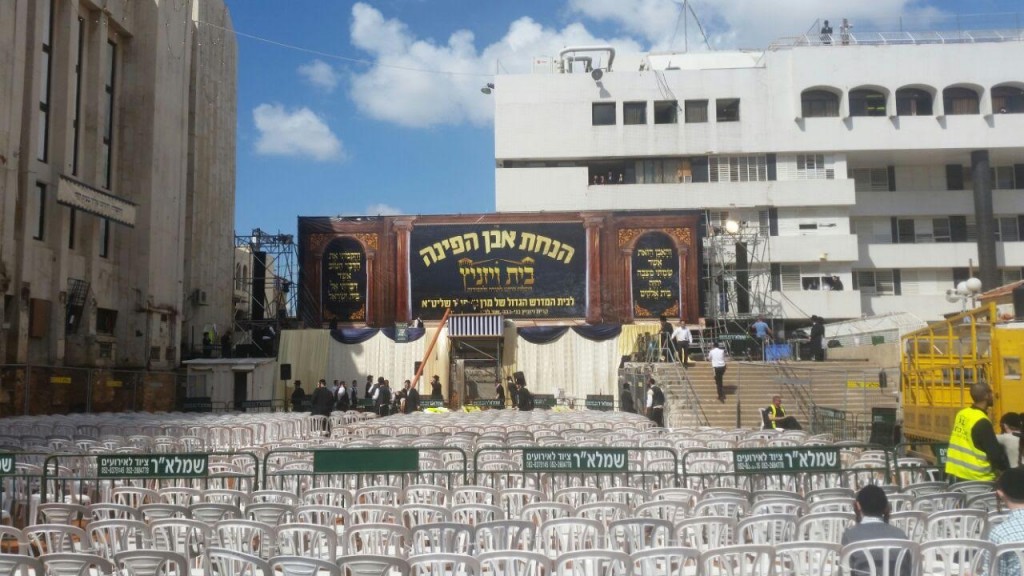 The final preparations were being tended to Tuesday, ahead of the hanachas even hapinah (cornerstone laying ceremony) for the new and expanded sections of the Vizhnitzer beis medrash in Kiryat Vizhnitz in Bnei Brak.

The ceremony will be held Tuesday afternoon, near the building site of the expansion of the beis medrash, and is slated to be attended by thousands of Chassidim.

The auspicious day chosen for the hanachas even hapinah  is the day before the yahrtzeit of the Yeshuos Moshe of Vizhnitz, zy”a.

The Vizhnitzer Rebbe, Harav Yisrael Hager, shlita, is scheduled to speak at the event. The fourth yahrtzeit of his father, the Yeshuos Moshe, will be marked with a seudah and a siyum on the entire Shas later Tuesday night.

On Wednesday, many thousands will flock to the kever of the Yeshuos Moshe, who is buried in the Vizhnitzer Ohel in Bnei Brak.