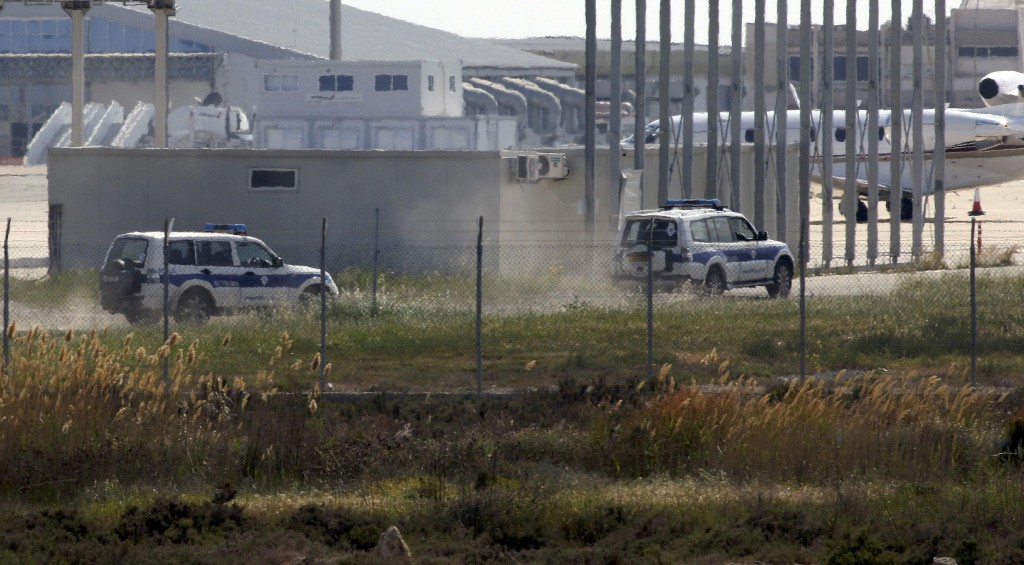 The hijacker of an EgyptAir airliner surrendered to authorities at Larnaca airport in Cyprus on Tuesday afternoon, Cypriot authorities said.

The hijacker emerged from the aircraft with his hands in the air, state media said.

“It’s over,” Cyprus’s foreign ministry said in an online post.

Alexandros Zenon, the permanent Secretary of the Foreign Ministry, did not immediately have more details on the arrest, which ended an hours-long drama at the Larnaca airport.

Earlier, seven more people – presumably the last of the crew and passengers who had remained with the hijackers onboard – were seen leaving the plane. One man climbed out the cockpit window.

Egyptian Prime Minister Sherif Ismail said that the man who hijacked the EgyptAir plane was an Egyptian national who had asked to meet European Union officials or to fly on to another airport.

Ismail told reporters that authorities would question the hijacker to ascertain his true motives, which remain a mystery.

“At some moments he asked to meet with a representative of the European Union and at other points he asked to go to another airport but there was nothing specific,” he said.

Cypriot authorities have determined that the belt worn by the hijacker did not contain explosives, Egypt’s Civil Aviation Ministry said in a statement.

“Security in Cyprus confirmed that the explosive belt worn by the man who hijacked the plane was fake,” it said.