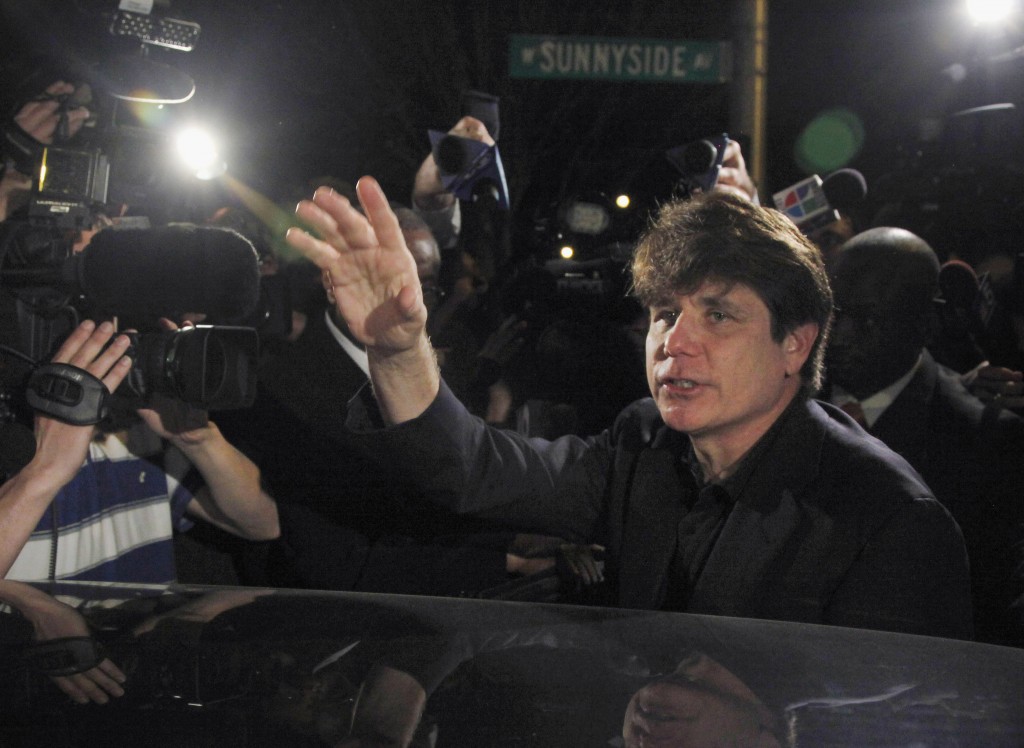 The justices’ succinct denial marks the end of the legal road for the former Democratic governor, who had argued that the high court should take his case to offer clarity on the question of when political horse trading crosses the line and should be considered bribery.

All that likely remains is for the judge who presided over both his trials to resentence Blagojevich.

By denying Blagojevich’s petition, the Supreme Court upheld the decision last July of a three-judge panel of the 7th U.S. Circuit Court of Appeals in Chicago, which threw out five of Blagojevich’s extortion convictions on technical grounds but also called the evidence against Blagojevich “overwhelming.”

If prosecutors opt not to retry Blagojevich on the dismissed counts, the former governor should be resentenced by U.S. District Judge James Zagel, who imposed the original prison term, the appellate court ruled. That small legal victory was tempered by the court when it made it clear that Zagel’s original sentence was not out of bounds.

Zagel had not set a date to resentence Blagojevich as of Monday.

Blagojevich’s lawyer, Leonard Goodman, did not immediately respond to a request for comment.

While Zagel could simply let his original sentence stand, many legal experts believe the judge will recognize the dismissal of some of the counts by shaving off some time.

“Prosecutors will note that the appeals court was very clear that the original sentence was appropriate,” said former federal prosecutor Jeffrey Cramer. “But the world is not going to stop spinning on its axis if Zagel resentences him to 12 [years].”

Blagojevich, 59, was convicted in 2011 of misusing his powers as governor in an array of wrongdoing, most famously for his alleged attempts to sell the Senate seat vacated by Barack Obama after his 2008 election as president.

He has been incarcerated in a federal prison in suburban Denver since March 2012 and is not scheduled to be released until May 2024, according to the Federal Bureau of Prisons website.

Cramer, who now works for the security firm Kroll, said that by not taking up Blagojevich’s appeal, the Supreme Court “left a little murkiness” for politicians who wonder when exactly otherwise lawful political contributions become illegal bribes. In Illinois, however, decades of corrupt politicians being sent to prison have left the line much more brightly drawn, Cramer said.

“I don’t think Illinois politicians really have to wonder where the line is,” Cramer said. “It’s usually pretty clear — it’s behind them after they stepped over it.”