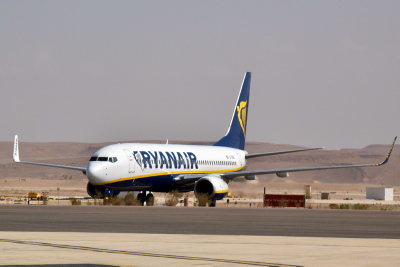 Since September, RyanAir has operated 242 flights between Ovda Airfield near Eilat and Krakow, Budapest and Kovno in Europe. Some 36,000 people have flown to and from Israel on RyanAir flights. RyanAir has sought to arrange flights to Ben Gurion Airport as well, but has asked for a near-exemption of landing fees, which the Airports Authority has refused to grant. The Ireland-based company has said that it would like to fly a route between Tel Aviv and Dublin, which has no direct connection at this time.

RyanAir did not provide a reason for the suspension, but industry officials said that it was most likely because Eilat was not a popular destination for European tourists in the summer months – and that it would return when business picked up again in the fall. The officials said that it did not appear to be connected to the BDS (Boycott, Divestment, Sanction) movement.