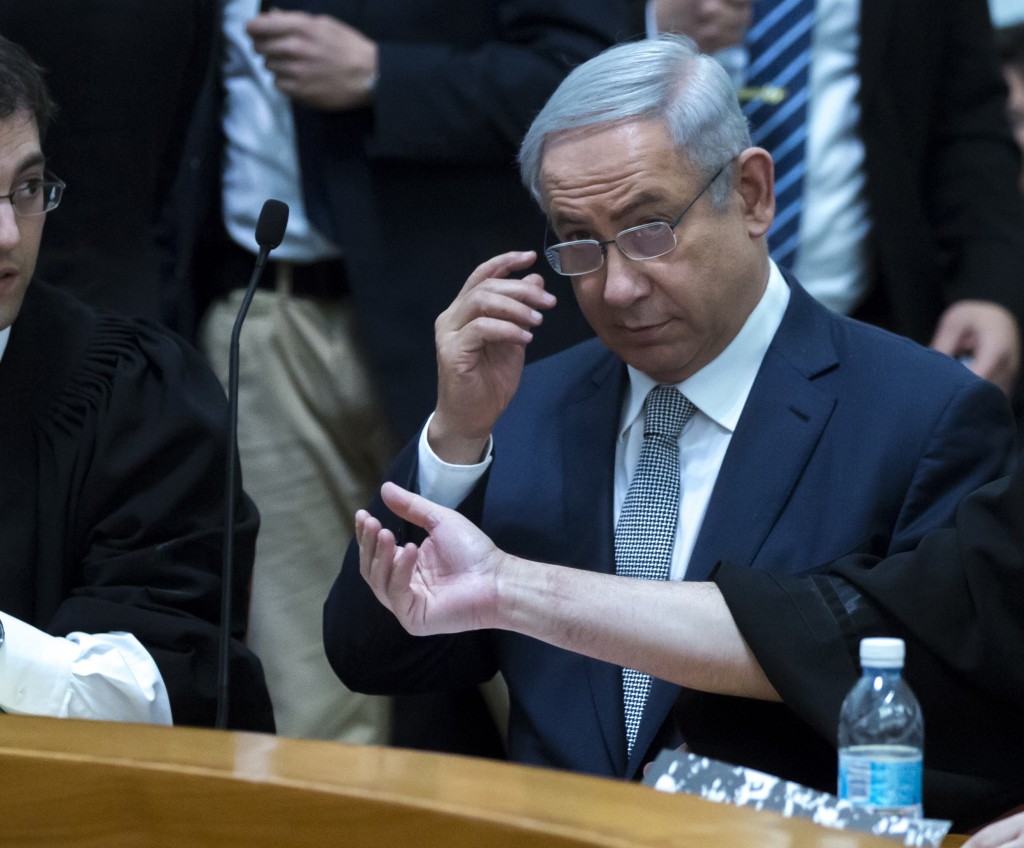 The High Court’s striking down of part of the framework deal for the development of the Leviathan gas field would seem to have a very simple solution; if the court’s problem was that the “stability clause” was never passed into law, just author a bill that fits the promises Prime Minister Binyamin Netanyahu made to the licensees of the field, and get his coalition to pass it. Despite the fact that the government includes only 61 MKs, Netanyahu and his ministers have so far managed to pass dozens of laws. Why can’t he do that now?

The answer lies in the esoterica of the Israeli governmental system. Because of “conflicts of interest,” meaning that they have had dealings with the issues and parties involved and cannot legally cast a vote on the law, two of the essential votes needed to pass a bill – those of Finance Minister Moshe Kachlon and Interior Minister Rabbi Aryeh Deri – cannot be counted on, and as it is likely that the opposition will come out in full force to vote against a bill that would resolve the matter, it follows that Netanyahu will need to make some stark choices if he wants to push the deal through.

The court assembly deciding the issue Sunday included five justices, and under the rules governing the High Court, decisions made under such circumstances are not subject to double jeopardy – which means that, as the court approved the other components of the framework, the only missing component is the stability clause. In a statement, Netanyahu decried the decision, saying that it “severely threatens the development of the gas reserves of the State of Israel,” and adding that the government will “seek other ways to overcome the severe damage that this curious decision has caused the Israeli economy.”

Those “other ways,” according to a range of commentators and experts, include expanding the government – by hook or by crook. According to Israel Radio commentator Hanan Kristal, it would not be too difficult for Netanyahu to “import” votes from nongovernment member MKs by promising them something they can take credit for – funding for a project, or an assistant ministry – or at least arrange for an opposition MK to be absent on the days of the votes on a law that would provide the necessary legal arrangements for the stability clause to pass the “inspection” of the High Court.

The most likely candidates for such an “operation” would be the MKs of Yisrael Beytenu, but according to analysts, that support could come at a high price. Party head Avigdor Liberman would probably demand a government role, preferably Foreign Minister, a job he has held in the past. That could be arranged immediately; Israel’s current foreign minister is Netanyahu himself, and besides being Prime and Foreign Ministers, he is also Economy Minister and Communications Minister. According to one commentator, the appointment of Liberman as Foreign Minister would be a true “in your face” to the opposition; those who railed against the gas deal and were parties to the lawsuit that struck the deal down will now have to put up with a personality almost as hated by them as Netanyahu as a senior government minister.

There is another course the Prime Minister can take. Writing in business daily Calcalist, analyst Shaul Amstrademsky said that the ruling shows that Netanyahu, “who bet everything, has lost. He turned the gas deal into a personal project and discovered he wasn’t powerful enough to pull it off. That’s a sign that it is time for elections, and the breakup of this government.”

According to Amstrademsky and other analysts, the decision highlights the current ungovernability of Israel – the paralysis that stems from small governments, and possibly the parliamentary system itself, as well as the consequences of an unbridled power grab by the judiciary, which has declared itself the final word on everything the Knesset does.

Other issues are also pulling on the coalition, especially his attempts to recognize Reform groups as legitimate representatives of Judaism. After the Pesach break, Netanyahu will also have to deal with forming a new state budget.

His opponents “see an injured Netanyahu and smell blood. They realize he is going to have to pay a heavy political price to extricate himself from all these dilemmas, and they are going to seek to corner him.” For his own sake – as the one to write the script and lead the political process, instead of appearing to be dragged along by it – Netanyahu should think about what may be the inevitable, writes Amstrademsky.