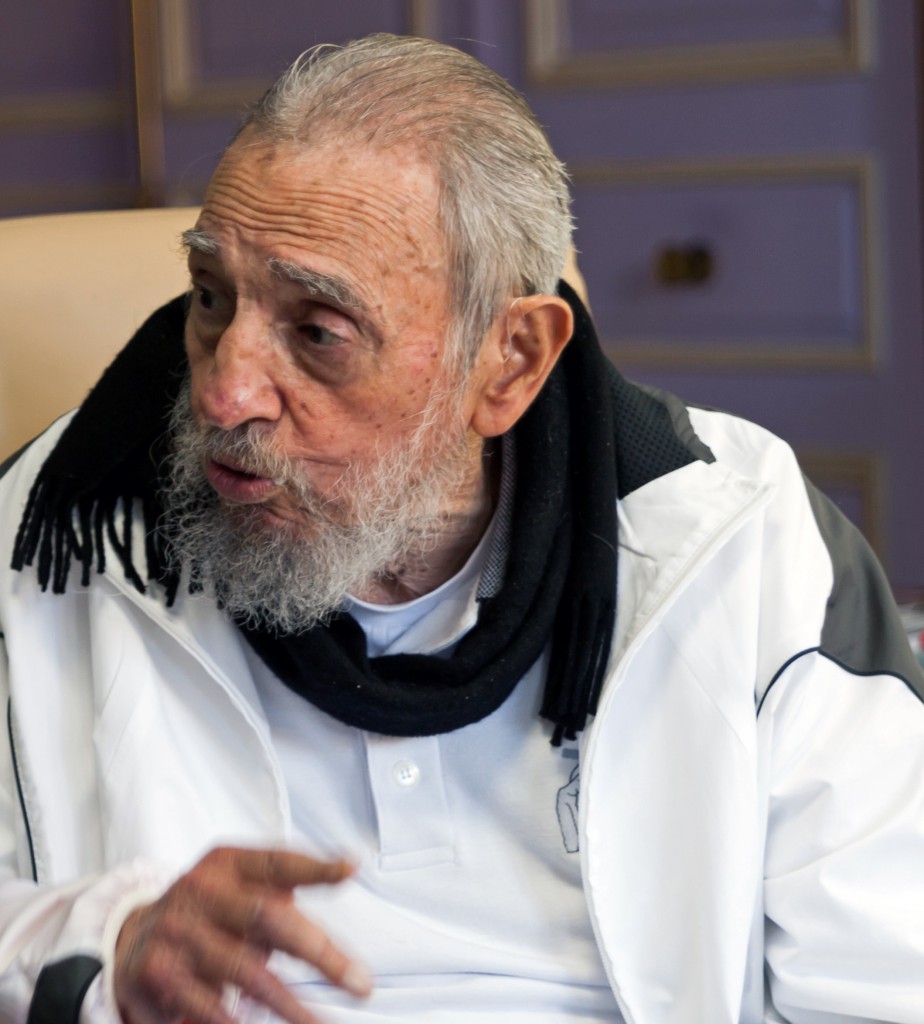 President Obama’s “syrupy” words about brotherhood and shared history, and his call to leave behind the enmity of the past, were enough to give Cubans “a heart attack,” former president Fidel Castro said Monday in his first public response to Obama’s visit to Cuba last week.

“We don’t need any gifts from the empire,” Castro wrote in a scathing article, addressed to “Brother Obama” and published in Granma, the Cuban Communist Party newspaper.

His words were in stark contrast to the feel-good atmosphere of Obama’s three days on the island, where he held a news conference, attended a baseball game with current President Raul Castro, and delivered a major address.

Obama did not meet with Fidel Castro during the visit. The 89-year-old revolutionary leader is said to be in ill health and has not appeared publicly, other than in photographs, for some time. Raul, his brother, replaced him as president in 2008.

Articles titled “Reflections of Fidel” are published infrequently under his byline by Granma.

In his Cuban speech last week, Obama said that he came to Cuba “to bury the last remnant of the Cold War in the Americas,” and to “extend the hand of friendship to the Cuban people” following the re-establishment of relations between the two countries.

“We both live in a new world, colonized by Europeans,” he said. Both countries “can trace their heritage to both slaves and slave-owners. We’ve welcomed . . . immigrants who came a great distance to start new lives in the Americas.”

He went on to talk about “blended” culture,” “common passions” and “common values,” while acknowledging differences between the two countries. While exhorting the Cuban government to open itself to free expression and the global economy, Obama said he believed that “our grandchildren will look back on this period of isolation as an aberration, as just one chapter in a longer story of family and friendship.”

Castro, after a long and somewhat rambling recounting of the failed U.S.-sponsored exile invasion of Cuba in 1961, and a critique of U.S. policy toward racism in southern Africa, wrote that he doubted Obama was unaware of the history between Cuba and the United States.

He offered a “modest suggestion” that the American president reflect on that history “and not offer elaborate theories about Cuban politics.”

“Each of us probably had a heart attack” while listening to Obama, Castro wrote. “After nearly 60 years of ruthless blockade. And how many have died from mercenary attacks on boats, in Cuban ports, on an airplane full of passengers that exploded in full flight, in mercenary invasions and multiple acts of violence and force?

“No one should fool themselves into thinking that our noble and generous people will renounce their glory and their rights, and the spiritual wealth of our educational, scientific and cultural achievements.

“I’ll add that we are capable of producing our own food and the material wealth we need from the labor and intelligence of our own people,” Castro concluded.

The article, which was published in full on Granma’s Spanish website, did not initially appear on the English-language site.

The newspaper published verbatim texts of Obama’s speech and his news conference with Raul Castro, and heavily covered other aspects of the visit in both Spanish and English.