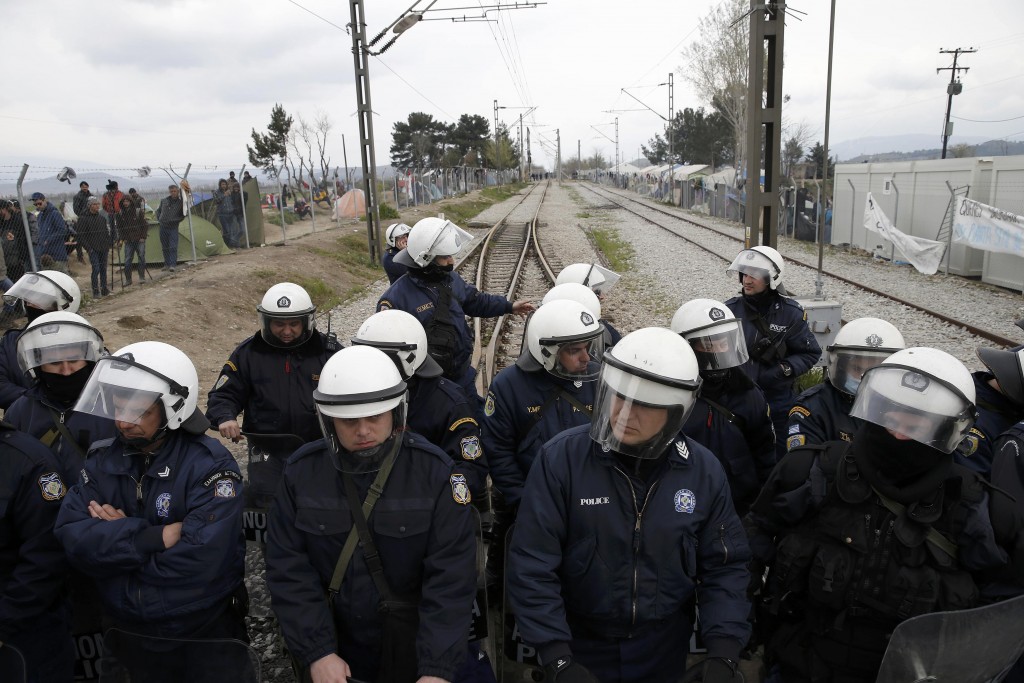 Hundreds of migrants, egged on by activists, are protesting near the fence separating Macedonia from Greece, demanding that the border be opened to allow them to continue their journey into central Europe.

Greek riot police are standing between the fence and the protesters, who are chanting “Open the borders!” and holding placards. Macedonian police are also standing ready in case the border is breached.

About 11,500 refugees have been stranded in a makeshift camp in the Greek border town of Idomeni after the European Union effectively endorsed the Balkan countries’ moves to seal their borders, shutting down the busiest migrant route.

The Greek government hopes the Idomeni camp will be evacuated by the end of April and that migrants will move to “transit centers” set up throughout Greece.