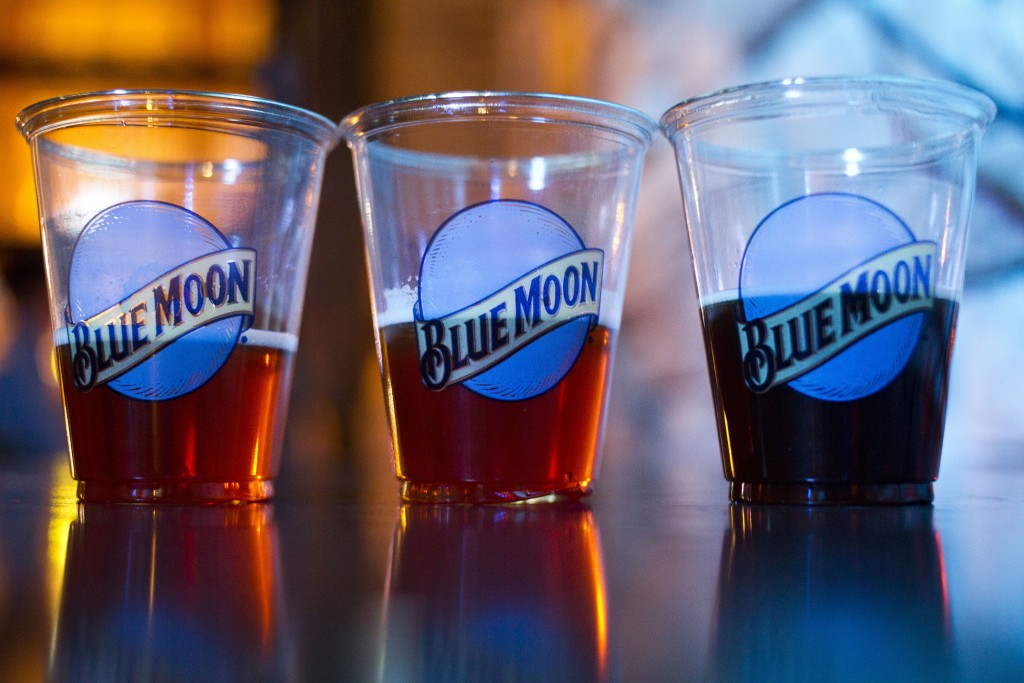 As the craft beer industry continues to boom, Chicago-based MillerCoors — purveyor of mainstream beers like Miller Lite and Coors Light — is responding by doubling down on Blue Moon and Leinenkugel, the two top sellers in its Tenth and Blake craft and imports division. Beginning next month, quirky commercials will attempt to introduce consumers throughout the U.S. to Leinenkugel: “German-style beer crafted with the spirit of Wisconsin.”

Meanwhile, Blue Moon Brewing Co., best known for its Belgian White ale, is unleashing its own promotional barrage, including its first new packaging in more than 20 years, an ad campaign, and, this summer, the opening of a brewery in Denver’s burgeoning craft beer scene in the River North art district.

It’s all about staying relevant in an increasingly competitive craft beer landscape, said Ashley Selman, MillerCoors vice president of marketing. “We just need to keep introducing ourselves and to make ourselves accessible.”

The new look is brighter and cleaner than the old, and intended to better represent the experience of having a Blue Moon Belgian White, typically garnished with an orange slice, she said.

With Leinenkugel, the challenge is to grow its following beyond the Great Lakes.”

“If you’re from Illinois or Wisconsin, you know Leinenkugel,” Selman said. “Other parts of the country still don’t know us that well.”

Whether Blue Moon and Leinenkugel are craft-brewed is a matter of some dispute.

From the MillerCoors perspective, Blue Moon is the top-selling craft beer in the United States by volume, citing data from the Chicago-based market research firm IRI, and Leinenkugel is a craft brewery dating back to 1867.

But the Brewers Association, the trade group representing the vast majority of craft brewers in the Unites States, defines craft breweries as being small, independent and traditional. Neither Blue Moon nor Leinenkugel fits the criteria to be considered a craft brewer, said Julia Herz, spokeswoman for the association.

Blue Moon Belgian White is seen by many to be a “gateway” beer to craft, but its corporate ownership has long rankled some in the craft beer community. The Miller Brewing Co. acquired Leinenkugel in 1988.

“You’ve got the big brewers trying to act like the small, and it remains to be seen whether the marketplace will support that,” Herz said on MillerCoors’ recent efforts with Blue Moon and Leinenkugel.

MillerCoors’ Selman called the definition of craft “a moving target.”

“Does it matter whether some people call (Blue Moon) craft or some people don’t?” Selman said. “Not really. Ultimately, consumers decide whether they like our beer or not.”

What can’t be argued is that the beer landscape has changed dramatically in recent years. In 1995, when Blue Moon was first brewed in the tiny Sandlot brewery at Coors Field, there were 794 craft breweries in the Unites States, according to Brewers Association data.

Last year, the volume of beer produced by craft brewers increased by 13 percent, according to the association.

As craft beer and Mexican imports have cut into market share of domestic mainstream beers, large beer companies have fought back on several fronts, such as acquiring craft breweries, revamping marketing on legacy beers, and creating line extensions or new products.

MillerCoors has done all of the above, including buying the San Diego-based craft brewery Saint Archer Brewing Co. last year. But for now, the focus in the Tenth and Blake division is on growing sales for Blue Moon and Leinenkugel, Selman said.

Last year, the Blue Moon family of beers — which includes a White IPA, Cinnamon Horchata Ale and the Harvest Pumpkin Ale, among other styles — made about $166 million in grocery store sales, an increase of 5.6 percent from the previous year, according to IRI data for the year ended Dec. 27.

The Belgian White still represents the bulk of Blue Moon sales — about $113 million in supermarket sales last year, an increase of 9.6 percent from the previous year, according to the IRI data.

But over the past five years, the IRI data show that the growth of Blue Moon sales has slowed, particularly for seasonal and variety pack beers. The growth of the craft beer industry has “contributed to the challenges that Blue Moon has faced,” said Dan Wandel, principal of beverage alcohol client insights at IRI.

Leinenkugel’s Summer Shandy is the top selling shandy in the U.S., according to IRI data, despite facing similar competitive challenges. As beer drinkers increasingly open their minds to flavored beers, Wandel said, the Grapefruit Shandy in particular “has been able to capitalize on this trend.”

Both Blue Moon and Leinenkugel tend to appeal to more affluent consumers and younger drinkers, particularly millennials, according to Nielsen data.

When Dick Leinenkugel got involved in the family business in 1987, the Chippewa Falls-based brewery only produced four types of beer, he said. Shandies were introduced in 2007 and now represent about 70 percent of Leinenkugel sales, he said.

“There’s no question we’ve grown because of people growing interested in trying new styles of beer,” he said.