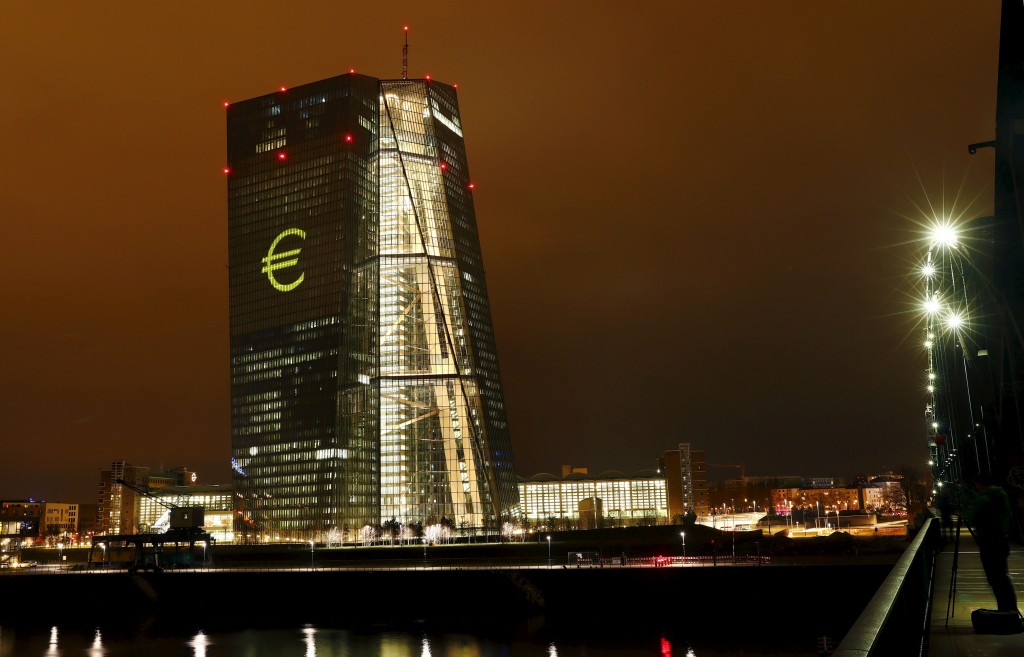 When Morocco’s central bank cut interest rates on March 22, it joined a parade of 46 others that have eased monetary policy at least once since the beginning of 2015.

Perhaps more trenchantly, it was also the 15th time this year – still less than a quarter old – that a central bank has eased policy in some form. Taiwan and Turkey have since taken that up to 17.

The parade is clearly still on the march, with the European Central Bank waving the baton somewhere out in front. The U.S. Federal Reserve, however, is strolling the other way, having raised rates.

The coming week should underline why, in both cases.

The 19-nation euro zone will release inflation data for March on Thursday and it is expected to show prices fell on an annual basis for the second month in a row.

American exceptionalism should be on display the day after, with U.S. monthly jobs data showing continued, if perhaps not overwhelming, growth.

For the euro zone, a Reuters poll shows year-on-year inflation coming in at -0.1 percent, a smaller fall than the -0.3 percent in February, but still an actual fall in prices.

While some may argue that this is not real deflation – that is, it is neither deeply embedded nor yet deterring consumers from buying on the grounds that things will get cheaper – it is a far cry from what the European Central Bank wants it to be.

The ECB seeks to have inflation running at just below 2.0 percent, something it has not had since early 2013.

It is for that reason – as well as the fragility of growth – that the bank this month expanded its money-printing and cut rates.

The impact will for the most part not be seen in Thursday’s data, but some are skeptical that anything will change soon, and another fall in prices will do little to encourage a belief that things are on the mend.

“Most concerning [in the global outlook] is the renewed deterioration in the inflation outlook in the euro area and Japan,” Barclays economist Christian Keller said in a note.

“Oil and other transitory factors play a role, but second-round effects and worsening expectations can turn this into a persistent trend, moving the 2-percent inflation targets further out of reach.”

The issue here is not so much jobs, given that the U.S. unemployment rate is a relatively low 4.9 percent. Rather, it is whether the economic climate is conducive to another Fed interest rate hike.

There have been some mixed messages lately. Fed chair Janet Yellen sounded surprisingly dovish to some after the March 16 rate meeting, but since then, other policy makers have been pretty forceful, leading to expectations of at least two more hikes this year.

Philadelphia Fed President Patrick Harker, for example, has said his colleagues need to “get on with it” and raise rates again.

How the jobs data plays into that was clear from the Fed’s last policy statement on March 16.

“A range of recent indicators, including strong job gains, points to additional strengthening of the labor market,” it said, adding that inflation had also picked up.

The ECB should be so lucky.