General ANALYSIS: Judging the Soldier Who Shot the Terrorist in Chevron
Israel 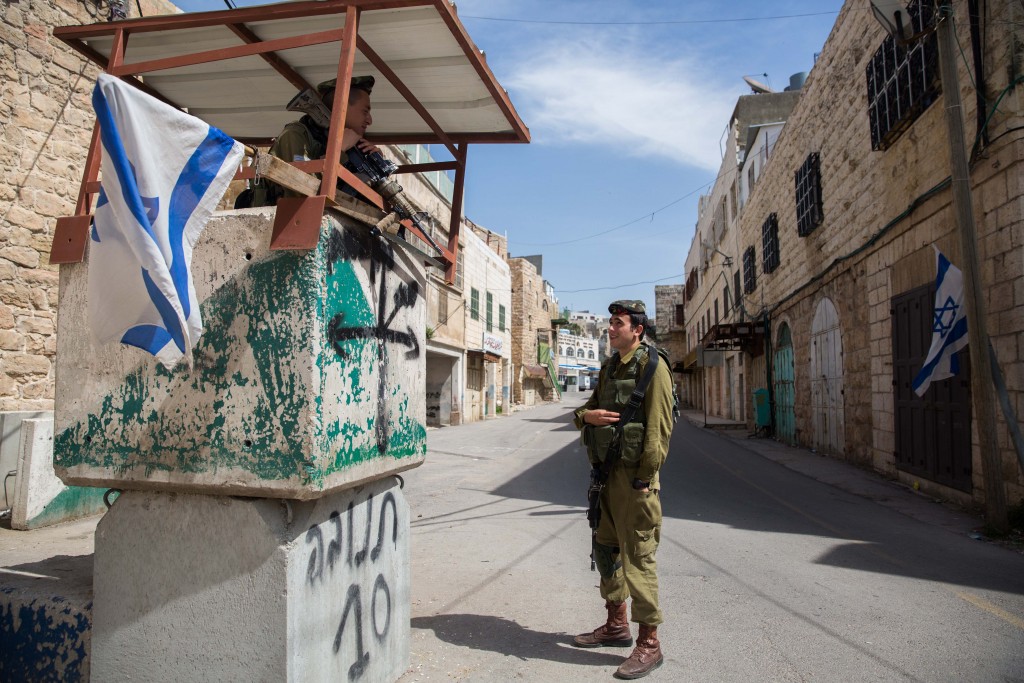 If they were to submit the question of the IDF soldier who shot dead the terrorist in Chevron to a referendum in Israel, there is no doubt that the vast majority would stand by him. The level of support for the soldier is tremendous.

However, a nation does not run according to public opinion surveys, but according to laws, and in the current situation in which the nation finds itself, the story of the soldier is simple.

It all begins with an attack carried out by a pair of terrorists who came to stab and murder soldiers. One of the soldiers was moderately wounded, and an officer standing next to him shot the assailant and wounded him.

So far, no one disputes that the soldiers performed ably in compliance with protocols.

The dispute begins at the next phase. From the shots fired by the officer at the stabbers, two of them were hit. One was certainly killed; but there was no certainty as to whether the second was killed or critically wounded.

The officers and soldiers treated their wounded comrade on the spot, and an ambulance evacuated him to a hospital nearby.

No one approached the second terrorist, who had been “neutralized” and was lying on the ground (concerning which the officers were rebuked on Friday by the commander of the central district).

Why didn’t they ascertain his condition? — Since according to some of those at the scene, he was wearing a thick coat, which aroused suspicion that he was concealing in it an explosive device.

Whether that’s accurate or not, it’s impossible to know. One fact is for sure: the terrorist was lying on the ground unattended. Unchecked as to whether he posed a danger, or whether he required medical attention.

And then, some minutes later (according to the investigation of the central district commander, six minutes had passed), a platoon of the central command arrived, among whom was the soldier who shot the terrorist still lying on the ground.

According to the lawyers for the accused soldier and his family, the soldier suspected that the terrorist was liable to detonate an explosive, he was under stress, and he fired. And according to senior officials in the IDF, the soldier should not have done what he did.

Either way, the terrorist had been neutralized, and regarding the possible danger of carrying explosives, the shot fired at the terrorist was what actually endangered the soldiers. For according to orders, when confronted with such a situation, soldiers are not to fire at the terrorist, since it could set off the explosion and endanger the lives of everyone in the vicinity.

Most Israelis find it hard to understand how a combat soldier can be brought to trial for killing a terrorist who came with a knife to murder soldiers.

Definitely it is possible that the soldier did not perform exactly according to protocols. But there is no doubt that he was under stress, frightened, and if he acting wrongly, it was in the context of error and poor judgment, nothing more.

What has angered many people was not the decision to examine the incident, but the way in which senior military and civilian officials rushed to judge him even before the matter was investigated.

Suddenly, the entire government and media fell upon this young soldier, who may or may not have been guilty of wrongdoing — before anyone had even heard the soldier’s side of it.

If, in the final analysis, it emerged that the terrorist was indeed wearing an explosive belt, the accused IDF soldier would have been acclaimed as a national hero. Does an error on the wrong side of doubt make him a murderer, as he was characterized by some of his accusers?

The matter should be examined thoroughly, without the current uproar, even from within the military or from the civilian side. There is no benefit to be gained from the incitement against the IDF chief of staff, and Interior Minister Aryeh Deri was right when he said, “the postings and incitement against him deserve to be totally condemned.”

This is a classic example of an act performed in a time of emergency; and at a time like this we have to examine what happened according to the general rules of engagement in time of war, not of peace.