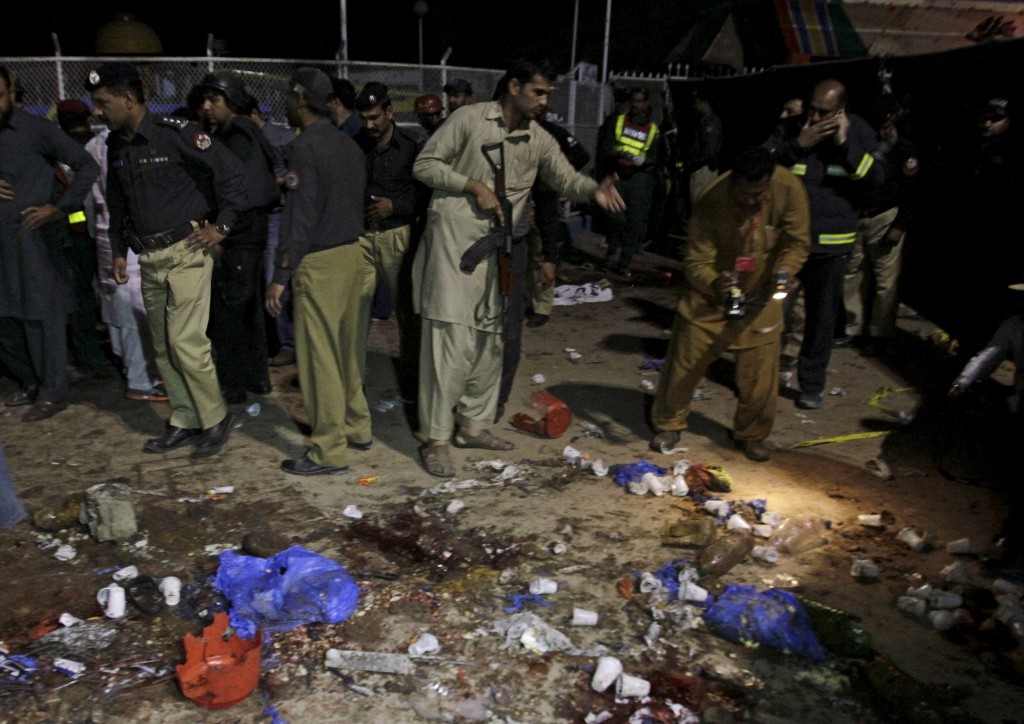 A suicide-bomb in a park in the eastern Pakistani city of Lahore on Sunday killed 65 people and wounded nearly 300. A faction of the Pakistani Taliban claimed responsibility for the attack.

The explosion took place near the children’s rides in Gulshan-e-Iqbal park. The area was crowded with Christians celebrating a holiday.

“The target were Christians,” said Ehsanullah Ehsan, a spokesman for Jamaat-ul-Ahrar. “We want to send this message to Prime Minister Nawaz Sharif that we have entered Lahore. He can do what he wants but he won’t be able to stop us. Our suicide bombers will continue these attacks.”

Mustansar Feroz, police superintendent for the area in which the park is located, said that most of the injured and dead were women and children.

“We were just here to have a nice evening and enjoy the weather,” Nasreen Bibi said at the Services Hospital, crying as she waited for doctors to update her on the condition of her two-year-old injured daughter.

“May G-d shower his wrath upon these attackers. What kind of people target little children in a park?”

Soon after the attack, the Punjab government ordered all public parks to be closed and announced three days of mourning in the province. The main shopping areas were shut down and many of the city’s main roads were deserted.

The United States, a strategic ally of Pakistan, condemned the attack.

“The United States stands with the people and government of Pakistan at this difficult hour. We will continue to work with our partners in Pakistan and across the region … to root out the scourge of terrorism,” White House National Security Council spokesman Ned Price said in a statement.