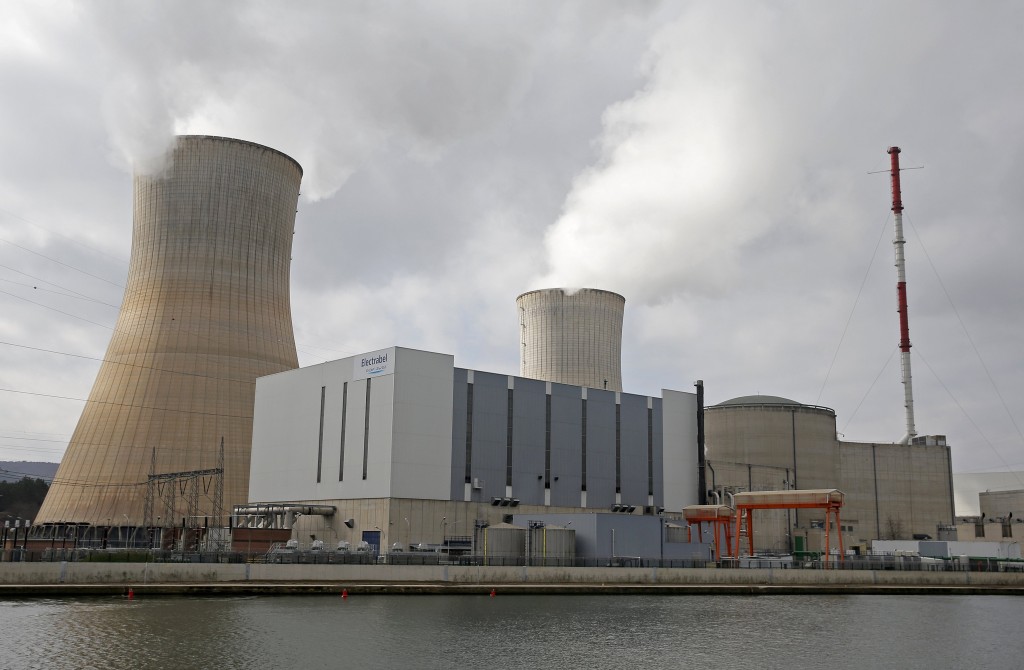 Ilyass Boughalab may be dead, but his brief stint working in Belgium’s nuclear industry is still very much alive in the minds of this country’s nuclear security officials worried about the Islamic State.

From 2009 to 2012, Boughalab worked for contractor AIB-Vincotte and had security clearance to inspect welds in sensitive areas of the Doel 4 nuclear reactor. Then he left for Syria, was convicted in absentia for being part of a group called Sharia4Belgium and died fighting in Syria in 2014.

Boughalab’s family said he was radicalized after he had security clearances, but in 2014 someone else committed an act of sabotage at the plant by opening a valve, draining lubricant from a turbine and causing it to burn out. The plant was never in danger but had to shut down for four months, and the damage cost between $100 million and $200 million. The motive for the sabotage remains a mystery.

The recent Brussels attacks have stoked fears that the Islamic State might try to attack or infiltrate more-frightening targets and have prompted a closer look at security at Belgium’s nuclear facilities.

Since 2014, Belgian officials have beefed up security at nuclear facilities. They have installed more security cameras, drawn up plans to deflect cyberattacks and required that workers move in groups of two or three to make sabotage by a lone wolf harder.

Yet up until March 11, Belgium’s two sprawling nuclear power plants, with seven reactors, were protected only by unarmed private security guards. Under Belgian law, the guards employed by the plant operator Electrobel were not allowed to carry weapons.

Then, just 11 days before the bombings that killed 31 people in Brussels, the Belgian government dispatched 140 troops to guard the nuclear facilities, which provide about half of the country’s electricity. A new armed police force will be trained to take over.

Many security experts say it’s about time. “The protections that were in place in Belgium in 2014 were clearly inadequate to prevent a major sabotage,” wrote a group of nuclear experts at Harvard University’s Belfer Center in a new report on preventing nuclear terrorism. They said that improvements had been made since then and that dispatching troops was “perhaps one of the most significant nuclear security upgrades in recent years.”

“We increasingly realize that we have to think about the people who work at facilities and attacks from on site or off site,” said Roger Howsley, former security chief for British Nuclear Fuels and now executive director of the Vienna-based World Institute for Nuclear Security. “The nature of threats is becoming more supple and complex. The way security is managed now has got to change.”

The Belgian government was also spurred to add armed guards by a video discovered in December in a search by French police following up on the November terrorist attacks in Paris. The hours-long film tracked a senior official between his home and workplace at SKN-CEN, a nuclear research facility that houses a substantial amount of highly enriched uranium.

“This focused, extended monitoring of a nuclear official at a sensitive site is the most worrying indicator of [Islamic State] nuclear intent to date,” the Belfer Center group said. Matthew Bunn, a nuclear proliferation expert at the center, speculated that a kidnapping might have been planned to gain access or to coerce the official into turning over material.

Belgium is just one of 24 countries with one kilogram (2.2 pounds) or more of weapons-usable nuclear material, and in Belgium that material is spread among many sites, complicating security measures. Plans to permanently shut down some reactors have been put off at least until 2025.

“At this point right now, we have no specific indications that any of the nuclear facilities were a real target,” said Nele Scheerlinck, spokeswoman for the Federal Agency for Nuclear Control (FANC). “We still don’t know what their intentions were. It’s not as if you can just kidnap a person and force your way into a nuclear facility. It’s not that simple.”

The United States government and nuclear experts had long urged Belgium to add the armed guards, Bunn said. Though Belgian officials said their troops were only 10 minutes from the plants, Bunn said that exercises suggested it might take only three minutes for a well-trained attacker to penetrate sensitive parts of a nuclear power plant, and an off-site police response could be slowed by weather or traffic.

Belgian news media said police searches since Tuesday’s bombings have produced evidence that the bombers had considered attacking one of Belgium’s nuclear facilities, but Scheerlinck said the FANC knew nothing of it and the federal prosecutor’s office said it could not confirm the account.

A suicide bomber would have trouble damaging the key parts of a nuclear reactor, experts said.

“I’m not sure what bombers would try to do if attacking a nuclear power plant, but, in general, nuclear power plants are pretty well protected,” Howsley said. “The kinds of explosions that come from security vests are very low-power when you are looking at the type of containment facilities there are at nuclear facilities. That’s why [suicide bombers] go after transport links, because they’re soft targets.”

This week, four workers were refused access to the nuclear plants after the FANC reviewed security clearances. Scheerlinck said the move was not a result of the Tuesday attacks but rather part of a continuing process. She said that, over the course of the past year, 40 people have not been allowed into the nuclear facilities. That, she said, showed that the system is working.

She said that another catalyst for tightening security was the May 2014 attack by a gunman who killed four people at the Jewish Museum of Belgium in Brussels.

In May last year, Dabiq, the Islamic State English-language propaganda organ, published an article purportedly written by John Cantlie, a hostage, that contained a paragraph fantasizing about the group buying a nuclear weapon from corrupt officials.

Nuclear experts say the article could be more than fantasy.

“The case of Ilyass Boughalab — who left his position working in the vital areas of a Belgian nuclear power plant to fight for terrorists in Syria — makes clear that the risk of ISIS inspiring individuals working at sensitive facilities is not hypothetical,” the Belfer Center report said.

Scheerlinck said, however, that the Boughalab incident did not show a failure on the part of the nuclear plant operator or regulators.

“People who work in a nuclear facility need to have authorization. We rely on data from the intelligence services and the police. If a person is found to be safe at one point, it doesn’t mean he can’t change,” Scheerlinck said. “You have to keep an eye on them at all points. At the time he worked at the power plant, there was no reason to think he was a threat to nuclear safety. It’s possible that a moderate Muslim turns into an extremist. People change.”