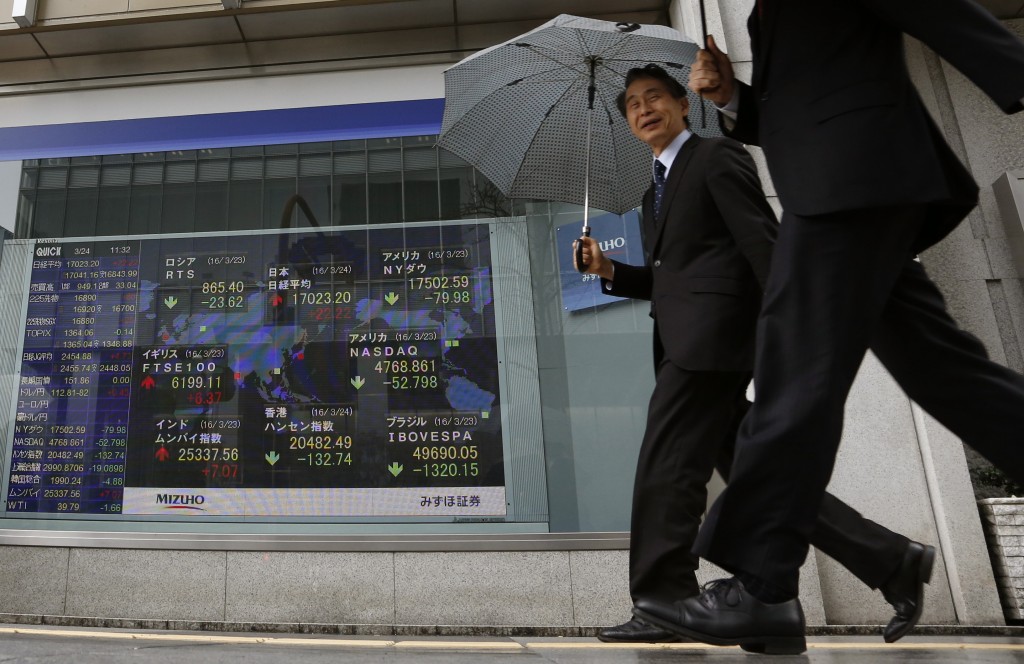 The few Asian stock markets that were trading Friday mostly advanced, with shares in Tokyo and Shanghai up and Seoul stocks slightly lower. Financial markets in Europe, the United States and most of Asia were closed.

CHINA GROWTH: Chinese Premier Li Keqiang said on Thursday at an annual forum in China that the country will maintain medium-high growth and it has many tools to turn the economy around. Chinese leaders have set an economic growth target of 6.5 to 7 percent for this year.

THE QUOTE: “Although by most standards the market is running quiet, a recent shift in global investor sentiment has been beneficial for China,” Stephen Innes, senior foreign exchange trader at OANDA Asia Pacific, said in a daily commentary. “The long-term prospects are still muddled, however. Capital outflows will be a concern along with China’s struggling economy.”

CURRENCIES: The dollar rose after some Fed bank presidents earlier this week made public comments that suggested the pace of rate hikes might not be slowed after all. The dollar strengthened to 113.02 yen from 112.79 yen. The euro fell to $1.1169 from $1.1180.

OIL: There were no settlements Friday for crude-oil futures. On Thursday, benchmark U.S. crude fell 33 cents, or 0.8 percent, to close at $39.46 a barrel in New York. Oil prices closed lower again as concerns over excess supplies returned following the latest U.S. stockpiles data. Brent crude, the benchmark for international oils, added 1 cent to $40.45 a barrel in London.