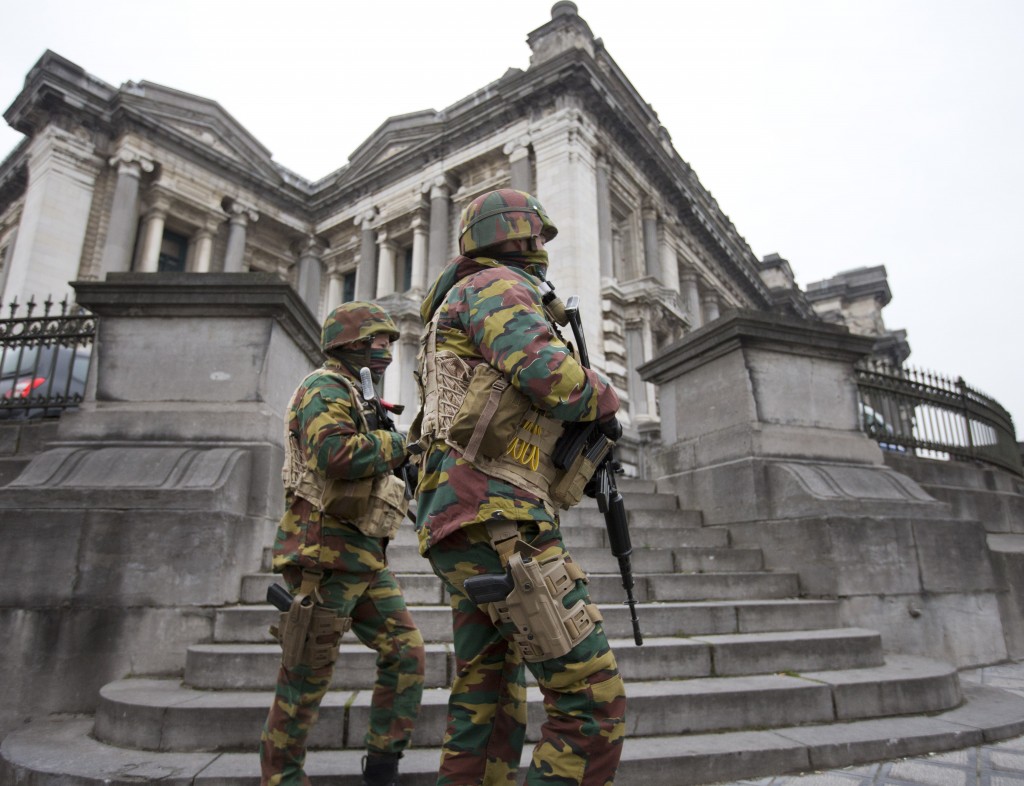 A second terrorist is suspected of taking part in the bombing this week of a Brussels subway train and may be at large, according to Belgian and French media reports, amid growing signs that the same Islamic State cell was behind the attacks in Brussels and bloodshed in Paris last year.

The chief suspect in the Paris attacks, Salah Abdeslam, is facing a hearing in Brussels on Thursday morning after his arrest last week in the Belgian capital. Belgian authorities have charged him with terror offenses, and French authorities are seeking his extradition.

The Islamic State group claimed responsibility for the attacks in Brussels and Paris, which have laid bare European security failings and prompted calls for better intelligence cooperation.

Belgian prosecutors have said at least four people were involved in Tuesday’s attacks in the Brussels airport and a subway train, including brothers Ibrahim and Khalid El Bakraoui, identified as suicide bombers. European security officials identified another suicide bomber as Najim Laachraoui, a suspected bombmaker for the Paris attacks.

Prosecutors have said another suspected participant in the airport attack is at large. Belgian state broadcaster RTBF and France’s Le Monde and BFM channel reported Thursday that a fifth terrorist may also be at large: a man filmed by surveillance cameras in the Brussels metro on Tuesday carrying a large bag alongside Khalid El Bakraoui. RTBF said it is not clear whether that man was killed in the attack.

Prosecutors did not immediately respond to the reports.

Attention turned Thursday to the Paris attacks suspect, Abdeslam, who evaded police in two countries for four months before Friday’s capture in the Molenbeek neighborhood of Brussels, where he grew up. He was shot in the leg during the arrest.

A car believed to be carrying Abdeslam left the prison in Bruges where he’s been held and arrived Thursday morning at the main Brussels courthouse, followed by a car carrying Belgian federal prosecutor Frederic Van Leeuw. A helicopter circled overhead, and the area was under extraordinarily heavy security, as are many parts of the Belgian capital. Abdeslam’s lawyer, Sven Mary, also arrived at the court but refused to speak to reporters.

A judge is to decide whether Abdeslam should be held in custody another month. France is seeking his extradition to face potential terrorism charges for his involvement in the Nov. 13 terror attacks on Paris venues, which killed 130 people.

Abdeslam, 26, a French citizen who grew up in Brussels’ heavily immigrant Molenbeek neighborhood, slipped through police fingers on multiple occasions, including the day after the attacks.

Evidence is mounting that the extremists may have launched this week’s attacks in Brussels in haste because they feared authorities were closing in on them after Abdeslam’s arrest.