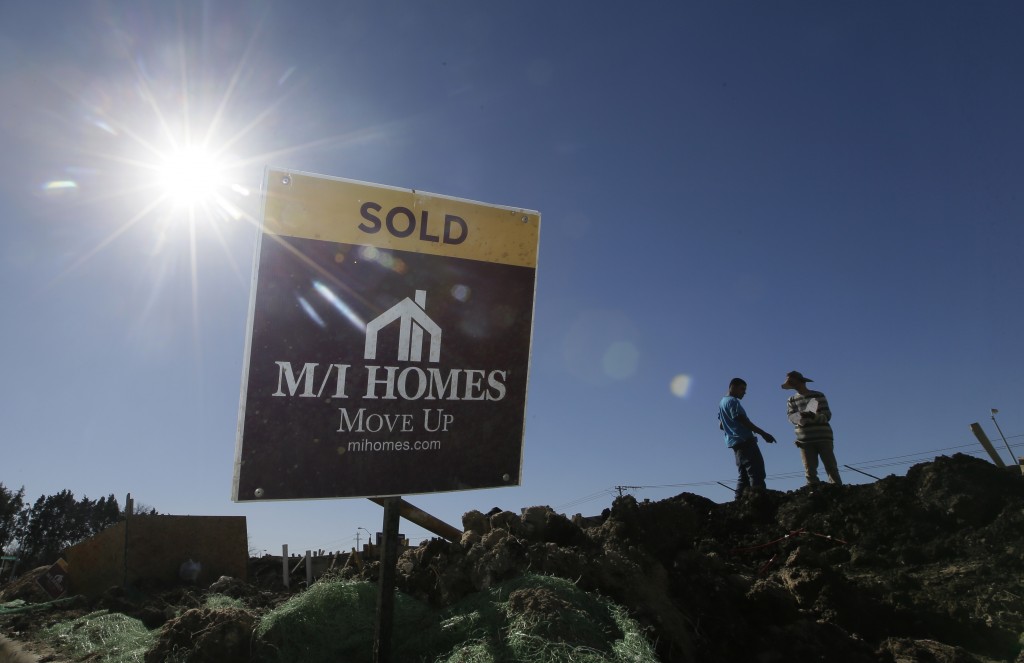 U.S. homebuyers in the West accounted for all of February’s increase in sales of new houses, possibly signaling uncertain growth prospects for the broader real estate market heading into the spring buying season.

The Commerce Department said Wednesday that new-home sales rose 2 percent last month to a seasonally adjusted annual rate of 512,000. All of the increase came from a 38.5 percent surge in purchases in the West, which reversed a stiff 32.7 percent decline in January that had cut into overall sales.

The rebound likely reflected a government report that can be extremely volatile on a monthly basis, clouding some views of where the construction and housing markets are heading at the start of the most intense months for home sales.

“At this stage, it is unclear whether new-home sales are plateauing or are still in an uptrend,” said Joshua Shapiro, chief U.S. economist at MFR, a forecasting firm.

The U.S. housing market looks somewhat more tempered after strong growth in 2015. Sales in the opening two months of 2016 are running slightly below last year’s pace. Builder confidence has held steady despite a dip in sales expectations. Purchases of existing homes tumbled in February, with the prior two months of healthy sales likely straining already tight supplies.

Price pressures are mounting as the share of new homes being sold for less than $200,000 has declined so far this year, while the share of new-homes selling for more than $400,000 has risen. New-home sales fell in the Northeast, Midwest and South in February. The median new-home sales price rose 2.6 percent from a year ago to $301,400.

The market still has yet to fully rebound from the housing crisis of nearly a decade ago. New-home sales remain well below the historic 52-year average of 655,200, a figure that includes the build-out of the suburbs and influx of buyers after World War II. Subprime mortgages helped push up sales as high as 1.28 million in 2005, which in hindsight was an alarm sounding about an imbalanced, debt-ridden economy that shortly tumbled into the worst economic downturn since the Great Depression.

Sales of existing homes fell 7.1 percent last month to a seasonally adjusted annual rate of 5.08 million, the National Association of Realtors said Tuesday. The decline follows robust yearly sales rates of 5.47 million in January and 5.45 million in December; a new regulation had delayed closings in November.

The limited supply of houses have pushed up prices and curbed sales.

For existing homes, the median home sales price was $210,800 in February, a 4.4 percent annual increase from a year ago, while the number of listings fell 1.1 percent from a year ago.

U.S. homebuilders are unlikely to alleviate the supply crunch. They are still optimistic about the housing market, but many anticipate a pullback in sales.

Readings above 50 indicate more builders view sales conditions as good rather than poor. The index had been in the low 60s for eight months until February.

Builders’ view of current sales conditions held steady, while a measure of traffic by prospective buyers increased. But builders’ outlook for sales over the next six months fell to the lowest level in 12 months.