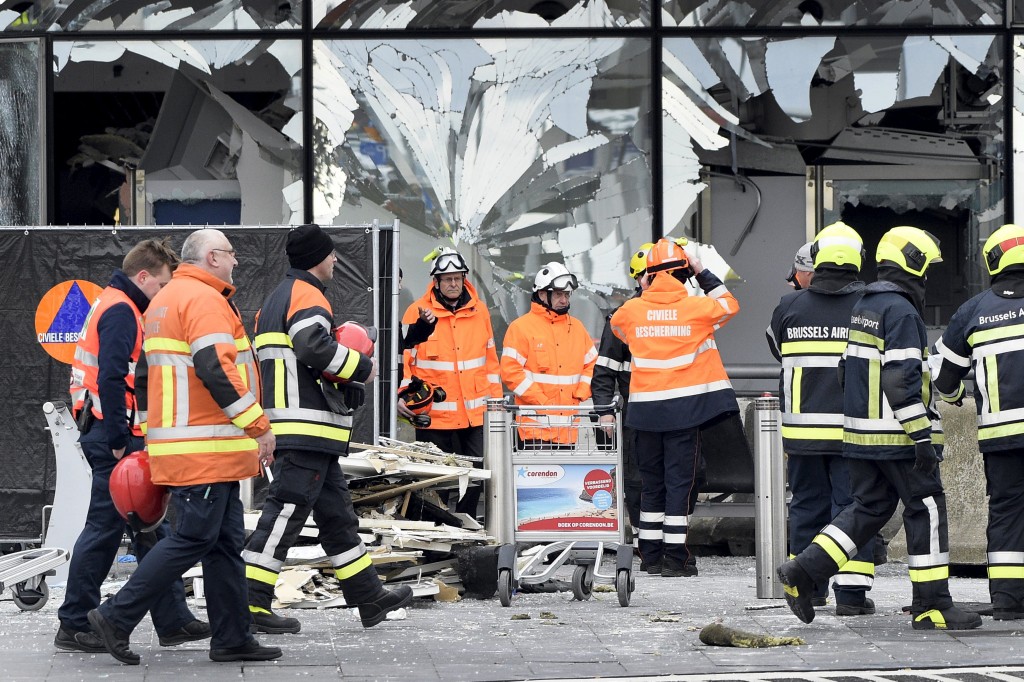 An Islamic State bombmaker whose DNA connected him to November’s Paris attacks was one of two suicide bombers at Brussels Airport, two intelligence officials said Wednesday, the strongest link yet between two Islamic State attacks that have stunned Europe with their power and planning.

Najim Laachraoui, 24, who is believed to have prepared explosives for the November Paris attacks, blew himself up at Brussels Airport on Tuesday, according to an Arab intelligence official and a European intelligence official, speaking on condition of anonymity to discuss sensitive findings.

Laachraoui, who Belgian prosecutors earlier Wednesday said they still believed was on the loose, joined forces in the suicide attack with Ibrahim el-Bakraoui, 29, a Belgian with an extensive criminal record. A third man who left a bomb in the airport but escaped is still at large, prosecutors said Wednesday. Bakraoui’s younger brother, Khalid el-Bakraoui, 27, carried out a suicide bombing on the Brussels metro 73 minutes after the initial attack at the airport, prosecutors said Wednesday.

The men who brought chaos and carnage to Brussels may have been spurred to act by fears that counterterrorism agents were closing in, according to a message linked to one of the suspected suicide bombers that was described by authorities Wednesday.

The missive, contained in a discarded computer, does not specifically cite recent raids across Belgium, including one that netted a key suspect in last year’s Paris attacks. But its tone suggests a sense that the noose was tightening, according to Belgium’s federal prosecutor, Frederic Van Leeuw.

Fears that authorities were closing in may help explain the involvement of Laachraoui in the suicide bombing at the airport. Terrorism experts regard bombmakers, especially those trained in handling sensitive explosives, as among the most valuable and protected members of a terrorist organization. It is highly unusual for them to participate in suicide attacks themselves.