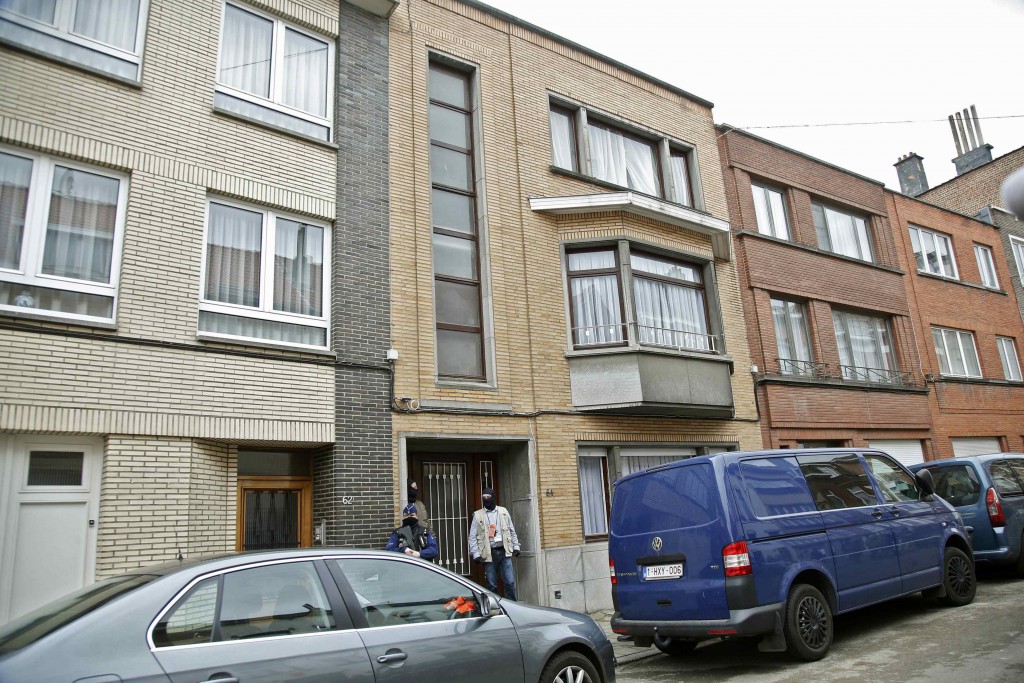 Belgian authorities searched Wednesday for a man pictured at the Brussels airport with two apparent suicide bombers, amid growing suggestions that the bombings of the Brussels airport and subway were the work of the same Islamic State cell that attacked Paris last year.

The European Union’s capital awoke under guard after 34 people were killed and more than 200 wounded in Tuesday’s attacks. The Islamic State terror group, which was behind the Paris attacks, claimed responsibility for the Brussels bombings, which laid bare Europe’s vulnerability to a group trying to spread violence well beyond its bases in the Middle East.

Belgium is in the midst of three days of mourning, and government offices, schools and residents held a moment of silence Wednesday morning to honor the dead, marking the moment in a mood of defiance mixed with anxiety that others involved in the attacks may still be at large.

Belgium’s chief prosecutor said Wednesday that investigators have found 15 kilograms (33 pounds) of TATP explosives at the house which the suspects left from for the airport. Federal prosecutor Frederic Van Leeuw says a cab driver who drove the three suspects to the airport led authorities to the house in Brussels. He says a special squad found the explosives inside the house, along with other chemicals that are commonly used to make bombs.

Belgian state broadcaster RTBF identified two of the terrorists as brothers Khalid and Brahim El Bakraoui, and said they are believed to have blown themselves up. According to the report, which did not say who its sources were, Khalid El Bakraoui had rented an apartment that was raided last week in an operation that led authorities to top Paris attacks suspect Salah Abdeslam.

One of the men pictured at the airport is at large. Authorities have not identified him, but Belgian newspaper DH reported that he might be Najim Laachraoui, whom Belgian authorities have been searching for since last week as a suspected accomplice of Abdeslam.

Laachraoui is believed to have made the suicide vests used in the Paris attacks, a French police official told The Associated Press, adding that Laachraoui’s DNA was found on all of the vests as well as in a Brussels apartment where they were made. The official spoke on condition of anonymity because he was not authorized to discuss an ongoing investigation.

Abdeslam was arrested Friday in the Brussels neighborhood where he grew up, a rough place with links to several of the terrorists who targeted a Paris venues on Nov. 13. Those attacks killed 130 people and terrified Europe.

A Belgian official working on the investigation told the AP that it is a “plausible hypothesis” that Abdeslam was part of the cell linked to the Brussels attack. The official spoke on condition of anonymity because he was not authorized to publicly discuss an ongoing investigation.

French and Belgian authorities have said in recent days that the network behind the Paris attacks was much larger than initially thought – and developments this week suggest the same group could have staged both the Paris and Brussels attacks.

Belgium’s justice minister said Wednesday that the country will remain at its highest terrorism threat level until further notice. That level means there’s a threat of an “imminent” attack.

As befits an international city like Brussels, the foreign minister said the dead collectively held at least 40 nationalities.

“It’s a war that terrorism has declared not only on France and on Europe, but on the world,” French Prime Minister Manuel Valls said Wednesday on Europe-1 radio. Valls, who planned to visit Brussels later Wednesday, urged tougher controls of the EU’s external borders.

“We must be able to face the extension of radical Islamism … that spreads in some of our neighborhoods and perverts our youth,” he said. The Paris terrorists were mainly French and Belgian citizens of North African descent, some from neighborhoods that struggle with discrimination, unemployment and alienation.

In its claim of responsibility, the Islamic State group said its members detonated suicide vests both at the airport and in the subway, where many passengers fled to safety down dark tunnels filled with hazy smoke from the explosion. IS warned of further attacks, issuing a statement promising “dark days” for countries taking part in the anti-IS coalition.

European security officials have been bracing for a major attack for weeks and had warned that IS was actively preparing to strike.

French Prime Minister Manuel Valls said Wednesday that big events must not be put on hold for fear of attacks.

The attacks have disrupted life in Brussels in other ways as well. The Brussels airport announced that it will remain closed to passenger flights for at least another day, right up to the start of the busy Easter weekend. Airport officials said they would have to cancel some 600 flights each on Wednesday and Thursday.