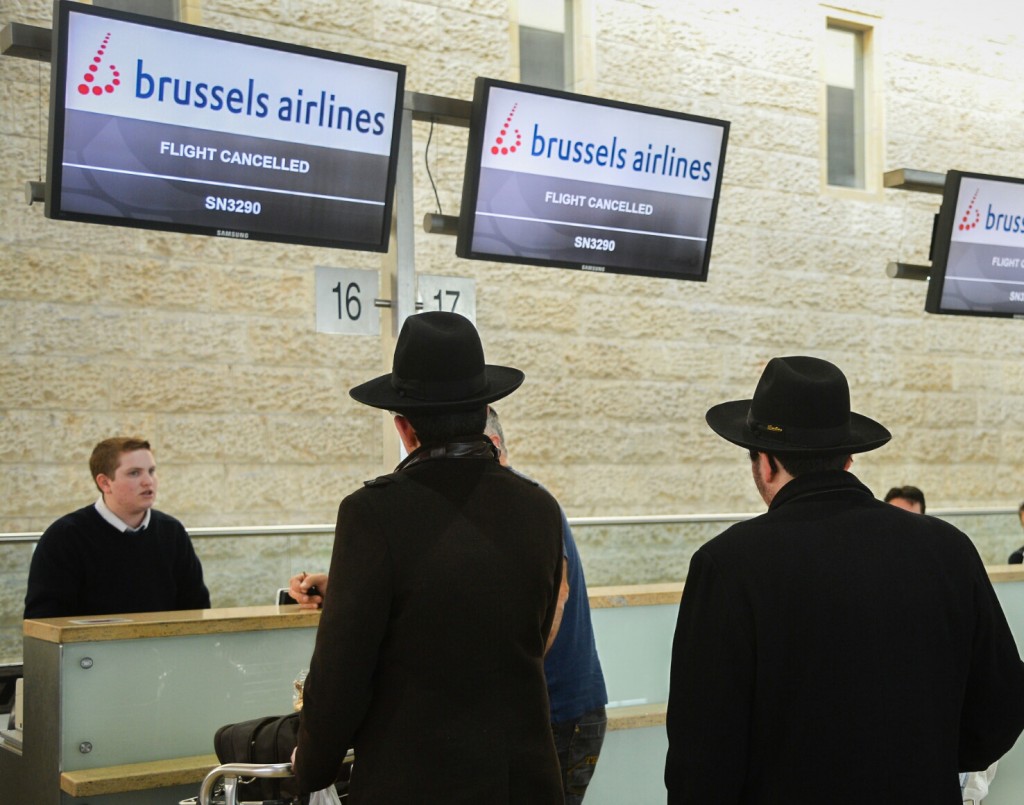 After a chaotic Tuesday in which tens of thousands of Israelis were stuck in Europe because of cancelled and delayed flights, the Airports Authority hopes to be able to restore a semblance of normal service between Ben Gurion Airport and the Continent on Wednesday. In the wake of Tuesday morning’s string of terror attacks in Brussels, flights coming into Israel from all European cities were banned due to security issues, but a short time later some service was restored.

Despite that, in actuality few flights from Europe made it to Israel, while many of the outbound flights were delayed or cancelled, as well. With Brussels Airport closed altogether, foreign carriers themselves were forced to scramble for landing rights, and later in the day threats of terror attacks in France and Holland affected schedules as well.

The result was a mess that disrupted the schedules of nearly all international carriers. In a statement, the Airports Authority said that “together with foreign carriers, the Authority is working to limit the damage of the closures and delays to passengers. We call on all passengers to remain in touch with their airlines and check the status of their flight before leaving for the airport.”