World How Vulnerable Is the United States to a Brussels-Like Attack?
World 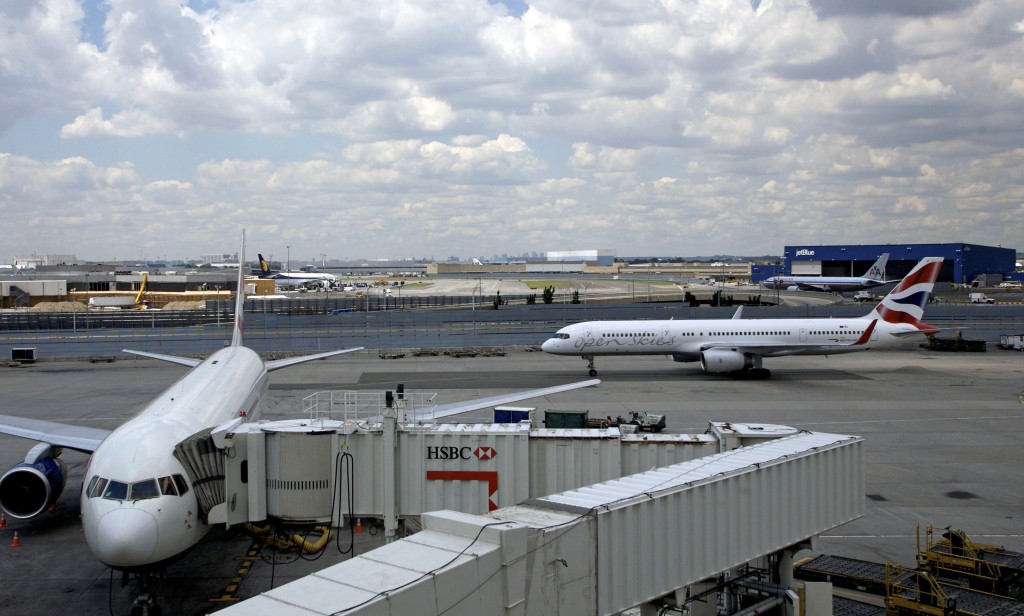 The apparently coordinated bombings that killed more than 30 people in Belgium are unlikely to be duplicated in the United States, which is separated by an ocean from Islamist terrorists fighting in Syria and Iraq and has seen far fewer of its people traveling there, former intelligence and counterterrorism officials said.

The United States is not immune to terrorist attacks, as December’s Islamic State-inspired mass shooting in San Bernardino, California, demonstrated. And its transit systems, particularly city subways, are vulnerable. But the United States is not grappling with the same volume of Islamic State recruits as its European peers, and sophisticated plots are far more likely to be ferreted out by law enforcement or neighbors, the officials said.

“In the U.S., for the most part, communities don’t radicalize; individuals do,” said Seamus Hughes, the deputy director at the program on extremism at George Washington University’s Center for Cyber & Homeland Security and a former National Counterterrorism Center staffer.

The Islamic State, also known as ISIS, claimed responsibility for the Brussels attacks — a series of bombings at the airport and a metro station. The incident sparked security fears across the globe, with police in Paris, London, Washington and elsewhere boosting patrols. The bombing followed earlier Islamic State assaults in France, Turkey and Tunisia, among other places.

Department of Homeland Security Secretary Jeh Johnson said in a statement that there was “no specific, credible intelligence of any plot to conduct similar attacks here in the United States.”

Still, Johnson said that the Transportation Security Administration — wary of threats from lone actors and returning foreign fighters — was deploying additional security at U.S. airports and rail stations and that authorities were taking other precautions “not suitable for public disclosure.”

According to a report from the Soufan Group, a research and intelligence service, 470 people from Belgium had traveled to Syria as of October with plans to join terrorist groups fighting in the region. That figure, officials said, represents the highest per-capita number of foreign fighters for any country.

The United States has had about 250 citizens who have tried to travel to join the fighting, and that includes those who never made it. Charles Kurzman, a sociology professor at the University of North Carolina who tracks Muslim-American terrorism suspects, said that he has found only 42 who successfully traveled to join terrorists in Syria, Iraq or Libya, and that of those, only 16 remain in military territory. Six were arrested or otherwise taken into custody, and 20 died. Dozens have been prosecuted in the United States.

“I think it’s fair to say that Belgium authorities are overwhelmed with the numbers they’re dealing with,” Hughes said. “They have twice the number of foreign fighters than we have people who have attempted to travel.”

Republican presidential candidates struck a more alarmist tone. Ohio Gov. John Kasich called on President Obama to return from his visit to Cuba and suggested the United States “send teams of people immediately to Europe to begin to dig, in terms of what we need to do to address the vulnerabilities we have.” Texas Sen. Ted Cruz said the United States should “empower law enforcement to patrol and secure Muslim neighborhoods before they become radicalized.” And Donald Trump predicted flatly, “This is going to happen in the United States.”

Democratic presidential front-runner Hillary Clinton said the United States should “intensify and broaden our strategy” in fighting the Islamic States. Her opponent, Vermont Sen. Bernie Sanders, called the attack a “brutal reminder that the international community must come together to destroy ISIS.”

The United States is not without vulnerabilities. This month, Mohamad Khweis, an Alexandria, Virginia, a man who was not previously on the FBI radar, was picked up by Kurdish forces in Iraq after he apparently fled the Islamic State.

A recently retired FBI counterterrorism official, speaking on the condition of anonymity to discuss recent bureau operations, said aspiring jihadists are getting smarter and are no longer flying directly to Turkey before making their way to the Islamic State in Syria. “Now they are using different countries,” the official said. Khweis said he traveled to London, Amsterdam and Turkey before sneaking into Syria.

The FBI is still trying to decipher the many communications that took place between an Arizona man named Elton Simpson and a senior Islamic State operative. The two were trading messages just prior to the man’s attack last year on a Texas cartoon contest that involved images of the founder of Islam. Simpson and another man were killed by police outside the venue in Garland.

A third person involved in the plot, Abdul Malik Abdul Kareem, was convicted this month of providing material support to the Islamic State.

“People who are plotting to harm America and Americans are no longer a world away,” Justin Tolomeo, the FBI’s acting special agent in charge in Phoenix, said in a statement after a jury convicted Kareem.

U.S. law enforcement appears to have a robust network of informants in places where terrorist plots might be incubated, and American Muslims, unlike some communities in Europe, are well integrated and in many cases tip off the authorities, former counterterrorism officials said.

The main threat facing law enforcement is the individual who falls under the sway of Islamic State propaganda and then decides to carry out an attack without any direction from Syria, officials said. That has happened repeatedly since the rise of the Islamic State in 2014. The most recent occurred in San Bernardino, where a husband and wife pledged their allegiance to the Islamic State on social media and then gunned down 14 people and wounded 22. The couple were killed in a shootout with police.

Most recently, the FBI said that a University of California-Merced student who stabbed four people in November was “self-radicalized” but did not have any ties to a terrorism a group. A campus police officer killed the 18-year-old student.

Belgium, by contrast, has just begun coming to grips with its terrorism problem, and police and intelligence agencies there are dealing with an “overwhelming” number of matters to look into, said Matthew Levitt, a former U.S. intelligence and counterterrorism official who now directs the Washington Institute’s Stein Program on Counterterrorism and Intelligence.

Levitt, who was in Brussels last week meeting with top counterterrorism and intelligence officials, said the country’s open borders, lack of intelligence in isolated Muslim communities and subpar intelligence-sharing with European neighbors create a dangerous brew. He said that the arrest this week of Paris attack suspect Salah Abdeslam, who eluded capture for months, demonstrates “clearly there was a larger support network” than Belgian authorities anticipated, and that their counter-radicalization efforts seem to be insufficient to address the depth of the problem.

“The Belgians, over the past year, have been caught by surprise a bit that they are a target,” Levitt said. “That’s not a surprise anymore. I think the realization now is that the pace of the response has to be picked up significantly, and that has to be both raiding safe houses and getting into these neighborhoods and addressing the things that make people feel so disconnected.”