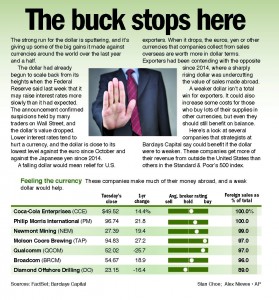 News of the attacks pulled the broader market lower for much of the morning. An early afternoon rally erased some of the losses, but the rebound didn’t hold.

The last-minute slide snapped a four-day winning streak for the market. Trading was relatively light. It also signaled that traders were not rattled by the potential market implications of the attack.

“This is the new investing normal now,” said Chris Gaffney, president of EverBank World Markets. “You’re going to have these big tragic events, so I don’t think investors are really too concerned with it long-term.”

The three main U.S. stock indexes headed lower early on Tuesday as traders digested the news that bombs had struck the Brussels airport and one of the city’s metro stations. Belgium raised its terror alert to the highest level. Airports across Europe tightened security. The Islamic State group has claimed responsibility for the attacks.

“What happens is investors and traders go in and start to bottom-fish on sectors that have sold off,” said Quincy Krosby, market strategist at Prudential Financial. “It flies in the face of the headlines and the human cost of these terrorist attacks, but the stock markets tend to turn around.”

In the United States, travel-related companies slumped and never quite recovered.

“The only sector that appears to be truly suffering, naturally, is anything having to do with travel,” said J.J. Kinahan, TD Ameritrade’s chief strategist.

Staples climbed 7.6 percent to lead all gainers in the S&P 500 index. The company recovered some of its losses from a day earlier, when a court battle over the office supply chain’s proposed merger with Office Depot began. The stock added 73 cents to $10.30.

Markets in Asia were mixed.