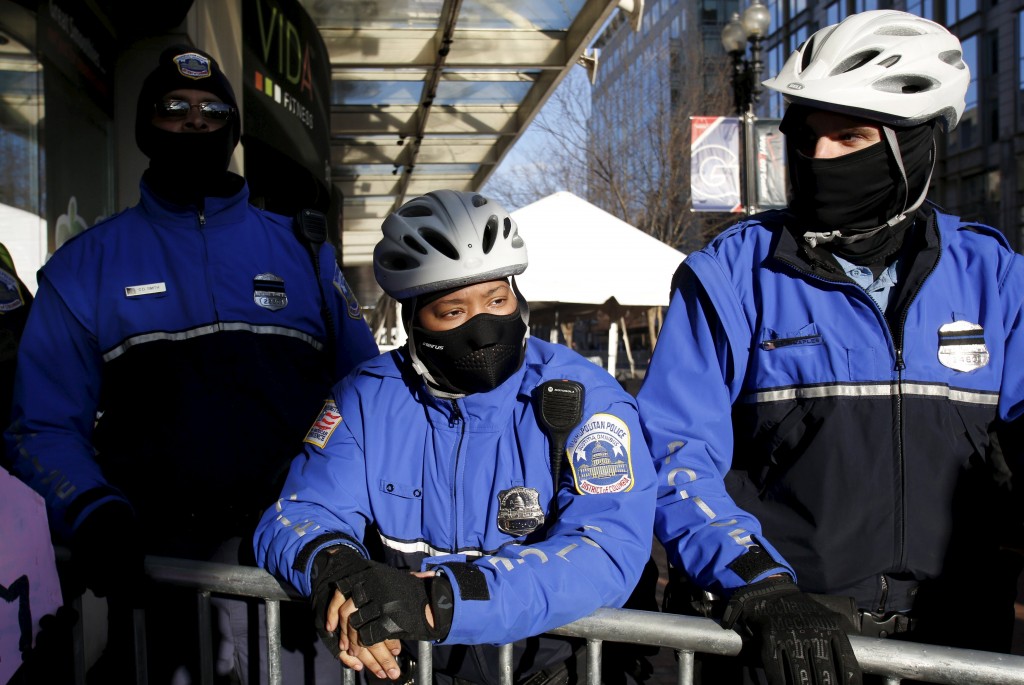 Front-runner Donald Trump hopes to take another step toward winning the Republican presidential nomination in contests in Arizona and Utah on Tuesday, aiming to deal another setback to the party establishment’s dwindling stop-Trump movement.

The billionaire businessman has rolled up a big lead in convention delegates who will pick the Republican nominee, despite weeks of attacks from members of the party establishment worried he will lead the Republicans to defeat in the Nov. 8 presidential election.

In Arizona, one of the states that borders Mexico, Trump’s hardline immigration message is popular and he leads in polls, while in Utah Trump lags in polls behind top rival Ted Cruz, a senator from Texas.

Arizona will award its entire slate of 58 delegates to the winner of Tuesday’s primary. In Utah, the state’s 40 delegates will be awarded in proportion to the popular vote, unless a single candidate captures at least 50 percent of the vote, in which case that person will be awarded all the delegates.

Tuesday’s Republican contests are the first since Senator Marco Rubio of Florida dropped out. Kasich is still in the race, splitting the anti-Trump vote with Cruz.

“We welcome Marco’s supporters with open arms,” Cruz said on CNN, adding that a Trump candidacy in November would be “a disaster” that would ensure a Clinton win.

Democrats also will vote on Tuesday, in Arizona, Utah, and Idaho, with front-runner Hillary Clinton hoping to pile up more delegates in her race against challenger Bernie Sanders.

Sanders, a senator from Vermont, is looking for wins in many of the six Democratic contests this week. Alaska, Hawaii and Washington will vote on Saturday. But because Democratic delegates are awarded proportionally in all states, Clinton will keep adding to her delegate total, even if she is not the winner in a given state.

On Monday, Trump tried to rally worried party leaders to his defiant campaign during a stop in Washington, D.C., where he warned against efforts to deny him the nomination if he falls short of securing the 1,237 delegates needed ahead of the party’s July convention. Trump now has 678 delegates.

“I think it is going to be very hard for them to do,” Trump said on CNN, referring to any effort to deny him the nomination if he falls short. “I have millions of votes more than anybody.”

In Utah, Mitt Romney, the 2012 Republican presidential nominee, has said he will vote for Cruz. In a recorded phone message on behalf of Cruz, Romney said, “He is the only Republican candidate who can defeat Donald Trump,” adding that a vote for Kasich was equivalent to a vote for Trump.

The latest votes in the presidential race come amid renewed global security fears following twin attacks in Brussels earlier Tuesday at the airport and a metro train in the capital city, bombings that killed at least 34 people.

Trump, in an interview on Fox News, responded to the attacks by saying the United States and Western countries should strengthen their fight against Islamic terrorists.

“I would close up our borders to people until we figure out what’s going on,” Trump told Fox one day after expressing skepticism about the U.S. role in North Atlantic Treaty Organization and saying he would cut U.S. funding for the alliance.

Republican rival John Kasich, the governor of Ohio, struck a different tone, pledging to “redouble our efforts with our allies” and saying the United States “must strengthen our alliances” in the face of acts of terror. In his statement, posted on social media, Kasich called the attacks sickening.