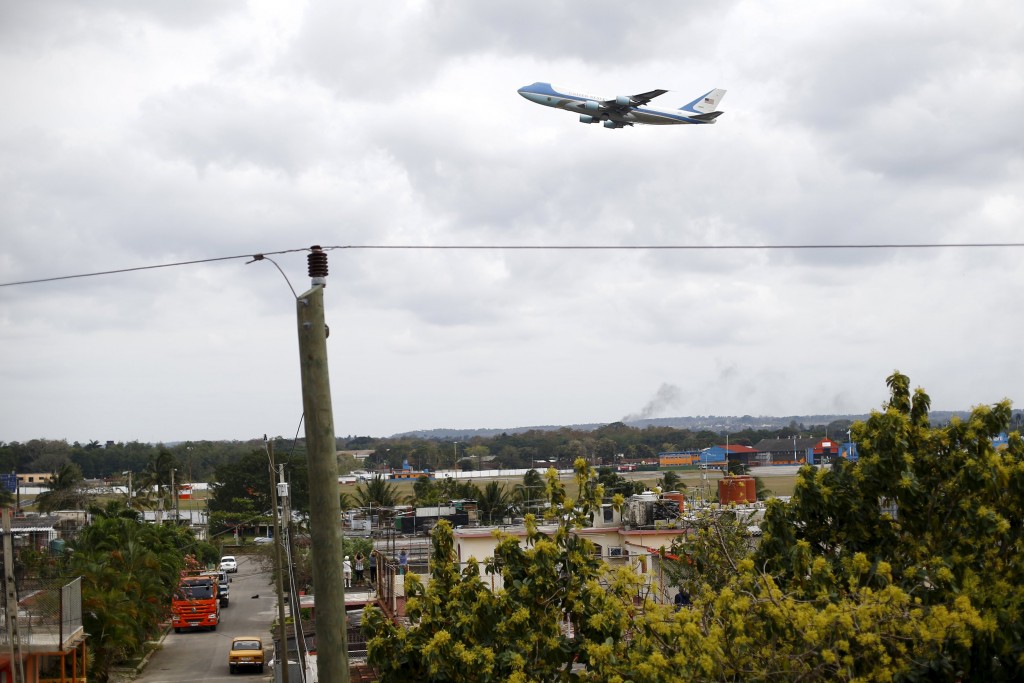 President Barack Obama encouraged Cubans to embrace democracy and its leaders to tolerate dissent and criticism, during a much-anticipated and nationally televised speech Tuesday that highlighted how much the longtime foes have in common.

“Havana is only 90 miles from Florida, but to get here, we had to travel a great distance, over barriers of history and ideology, barriers of pain and separation,” Obama said. “I have come here to bury the last remnant of the Cold War in the Americas.”

During the lengthy speech, Obama talked about the cultural and historical ties the nations share, saying that they transcended politics.

And while he praised the island’s commitment to health care and education, he said the ruling party needs to listen to its people.

“I believe citizens should be free to speak their mind without fear, to organize and to criticize their government and to protest peacefully,” he said. “And that the rule of law should not include arbitrary detentions of people who exercise those rights.”

“And yes, I believe voters should be able to choose their governments in free and democratic elections,” he added.

Obama reassured the audience, which included President Raul Castro and his Cabinet, that the United States was not interested in imposing its ideals or form of government on the island. But he said listening to criticism and dissent was the best way for any nation to grow.

He acknowledged that Cuba has often criticized the United States for its economic inequality, the death penalty, racial discrimination and wars abroad.

“But here’s what the Cuban people need to understand,” he said. “I welcome this open debate and dialogue. It’s good. It’s healthy. I’m not afraid of it.”

“We do have too much money in American politics,” he added. “But in America, it’s still possible for somebody like me, a child who was raised by a single mom, a child of mixed race who did not have a lot of money, to pursue and achieve the highest office in the land.”

Castro sat through most of the speech stone-faced, listening to it through a translator, but broke into applause when Obama mentioned ending the half-century economic embargo.

The speech comes at the tail end of a historic three-day visit to Cuba, which was being overshadowed by attacks in Brussels.

“We will do whatever is necessary to support our friend and ally, Belgium, in bringing to justice those who are responsible,” Obama said at the beginning of his speech. “And this is yet another reminder that the world must unite. We must be together, regardless of nationality or race or faith, in fighting against the scourge of terrorism.”

Despite the attacks, it appears the White House will continue with its planned schedule on the island. Obama is expected to meet with members of Cuba’s civil society Tuesday afternoon, including dissidents who are often harassed by the government. Later, Obama and the first family will be taking in an exhibition baseball game between an American team and the Cuban national team before departing from Jose Marti International Airport on their way to Buenos Aires for the next leg of their journey.

Earlier in the day, at the Gran Teatro de la Habana Alicia Alonso where Obama spoke, the sound system was playing “Hasta Siempre, Comandante” — a tune about Ernesto “Che” Guevara — and other hits from the revolution.