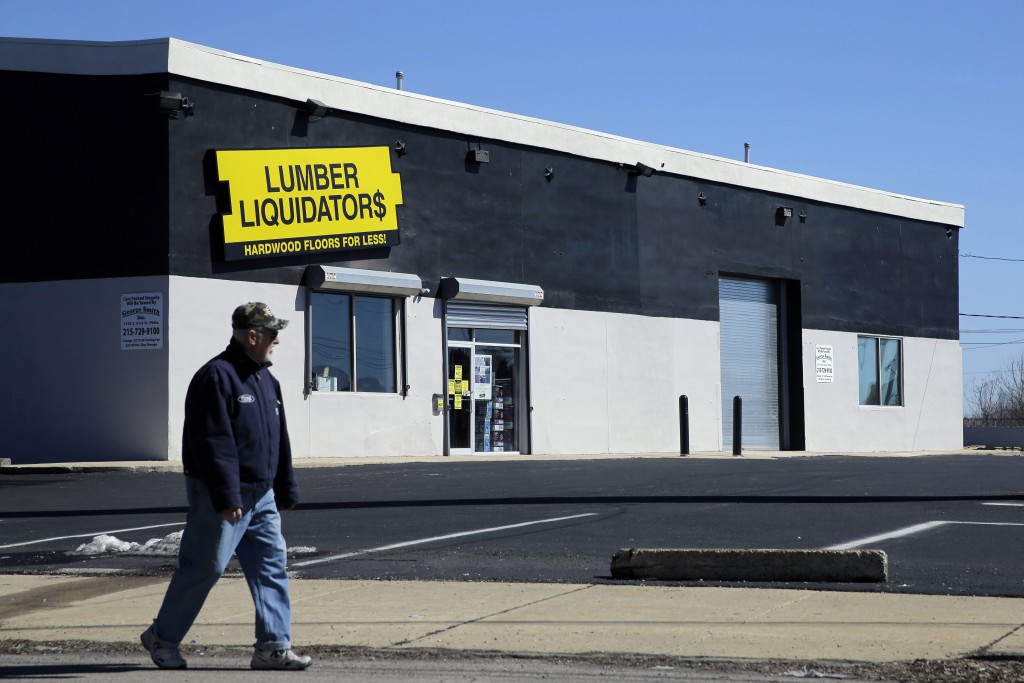 Beleaguered flooring retailer Lumber Liquidators is paying $2.5 million to settle allegations that some of its products violated California’s air-safety standards.

The penalty announced Tuesday was the latest that Lumber Liquidators has absorbed for formerly selling laminate flooring made in China.

In this case, Lumber Liquidators faced allegations that the imported flooring contained high levels of the carcinogen formaldehyde that violated California’s air-quality controls. The flooring was sold at Lumber Liquidators’ California stores from September 2013 until May 2015 when the retailer suspended sales of the products made in China.

Lumber Liquidators currently operates 40 of its 375 stores in California.

The Toano, Virginia, company didn’t acknowledge any wrongdoing in the settlement with the California Air Resources Board.

Lumber Liquidators still faces a variety of class-action lawsuits revolving around the formaldehyde levels of the China-made flooring.

The legal fallout so far has been less costly to Lumber Liquidators than the damage done to its stock since investigation shown slightly more than a year ago raised questions about whether the retailer was selling potentially hazardous flooring.

Shares of Lumber Liquidators Holdings Inc. have plunged more than 70 percent since a TV program aired, a downturn that has wiped out more than $1 billion in stockholder wealth. The shares rallied Tuesday, gaining $2.15, or 17.9 percent, to $14.17, shortly before the close of trading.