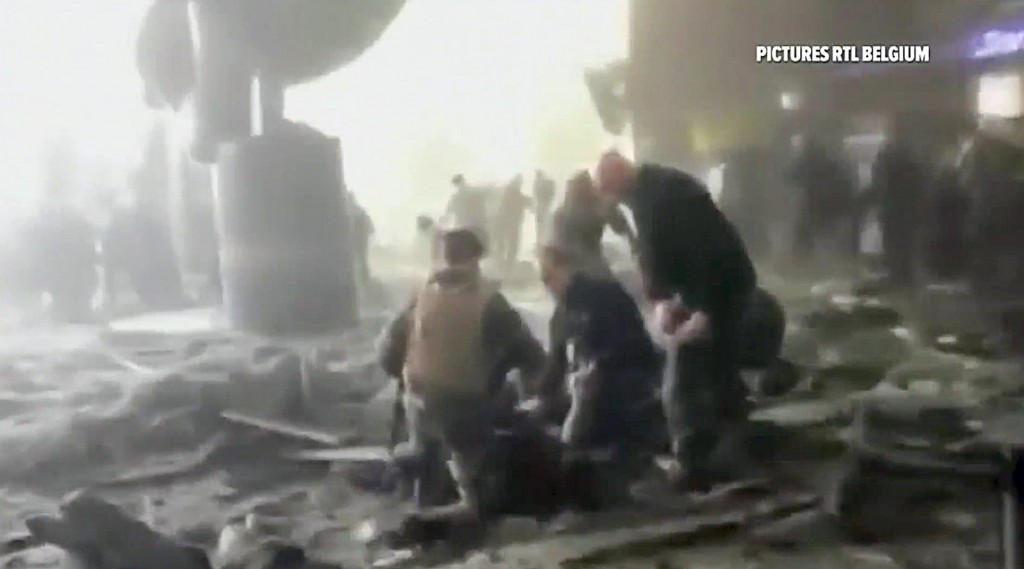 Reb Shaya from Antwerp was in the Brussels airport en route to New York to attend a grandchild’s bris when the explosions occurred.

“You can’t imagine what was going on there,” he told Hamodia. “Thousands of people were running in panic. We were all scared there would be more bombs.”

By the time the explosions occurred, at about 8:10 a.m., Reb Shaya had already checked in for his flight when he heard a series of loud blasts.

“We heard boom-boom-boom — I thought it was shooting,” he said.

Reb Shaya said that baruch Hashem, a number of factors had kept him out of harm’s way during the attacks. His insistence on arriving for flights at least two hours before departure time, a traffic-free trip from Antwerp, the decision to choose a 9:30 a.m. flight over another scheduled to leave a half hour later — all led to his being a safe distance away from the site of the explosions. He added that his choice of a European airline rather than an American carrier was part of the hashgachah that allowed him to escape the ordeal unharmed.

In the moments after the blasts, Reb Shaya said, the airport was a scene of total chaos.

“No one was prepared for this, the staff and security people did not know what to do — everybody said to go in a different direction,” he said.

As a semblance of order took hold, airport staff promptly evacuated the terminals, first directing the thousands who were at the scene outside and then into airplane hangars to wait while the area was secured. Those who had arrived on planes that morning were kept on aircraft for hours.

“Every hangar had thousands of people in it, people sitting everywhere — on the floor and on suitcases,” said Reb Shaya.

After coming to understand that it would be a few hours before they were allowed to go anywhere, he and a group of other Jewish travelers formed a minyan for Shacharis.

“Since I had already checked in, I had my tallis and tefillin with me, but a lot of people didn’t because [after the explosions occurred] security took away a lot of people’s hand baggage.”

After nearly six hours in the hangars, those who were at the airport were taken by bus to points where they could board trains or get picked up by friends or family to return to their homes.

“It’s a terrible rachmanus — all the people that got hurt and killed — totally innocent people. I had just been dealing with a lot of the staff in the airport, they were all such nice people,” said Reb Shaya. “The whole place [airport] is a churban, the windows and ceilings are broken all over.”

Reb Shaya inquired about the possibility of rescheduling his flight, but was told it would most likely be impossible for at least a week.

“Someone asked me how I was going to get my luggage back. I told them, forget my suitcase, Baruch Hashem I’m here.”