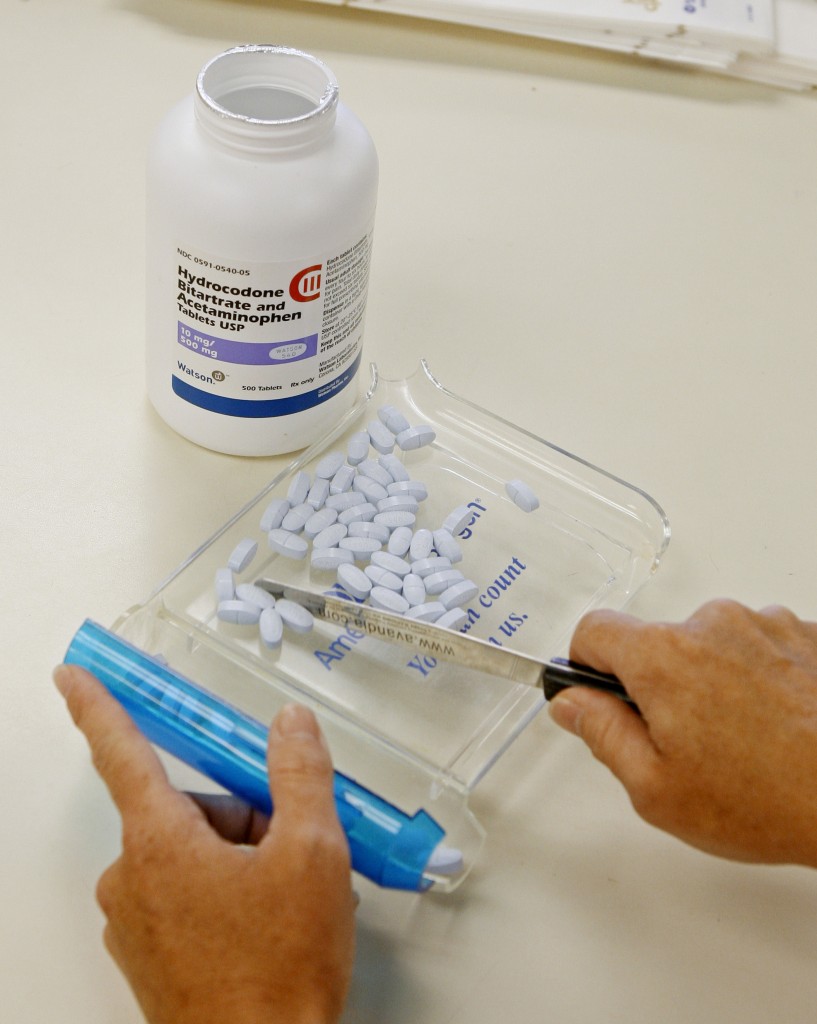 Federal health regulators will add their strongest warning labels to the most widely-prescribed painkillers, part of a multi-pronged government campaign to stem an epidemic of abuse and death tied to drugs like Vicodin and Percocet.

The Food and Drug Administration announced Tuesday plans to add a boxed warning — the most serious type — to all immediate-release opioid painkillers, including some 175 branded and generic drugs.

Those medications, which often combine oxycodone with lower-grade medications, are among the most commonly used drugs in the U.S. and account for 90 percent of all opioid painkillers prescribed.

The long-awaited change comes roughly three years after the FDA added similar warnings to long-acting opioid drugs like OxyContin, which slowly release their doses over 12 hours or more. The labeling switch means both immediate and extended-release formulations will now highlight the risks of addiction, abuse, overdose and death.

“We’re at a time when the unfathomable tragedies resulting from addiction, overdose and death have become one of the most urgent and devastating public health crises facing our country,” FDA Commissioner Dr. Robert Califf said on a call with reporters. “I can’t stress enough how critical it is for prescribers to have the most current information.”

But lawmakers from states that have been ravaged by opioid addiction said such labeling changes have “done little” to help their communities.

“Unfortunately, it has taken FDA far too long to address the grave risks of these drugs that have claimed the lives of thousands this year alone,” said Sen. Edward Markey, D-Mass.

Doctors are not required to follow the FDA’s instructions on drug labels, though they are often used as prescribing guidelines by hospitals, medical groups and insurers.

Critics of the FDA, including Physicians for Responsible Opioid Prescribing, had called on the agency to add such warnings years ago.

“The main driver of our opioid epidemic is addiction, and the immediate-release products are just as addictive,” said the group’s founder, Dr. Andrew Kolodny, an addiction therapist with Phoenix House, a network of rehabilitation clinics.

The new FDA label will specify that the drugs like Percocet should only be used when other medications and alternative therapies cannot control patients’ pain.

Throckmorton said the agency’s 2013 labeling change focused on long-acting drugs like OxyContin because they represented a “disproportionate risk” to patients, since they contain larger opioid levels.

Government officials have tried a variety of approaches to tackling painkiller abuse in recent years. The FDA previously restricted combination pills like Vicodin to limit refills and who can prescribe them. States like Florida and New York have cracked down on “pill mills”, using databases to monitor what doctors are prescribing.

In a separate briefing Tuesday, the Obama administration’s drug czar praised the move by the FDA and Califf, who was confirmed to lead the agency last month.

“I think we’re very heartened by the new director of the FDA and his enhanced focus on opioid issues,” said Michael Botticelli, National Drug Control Policy Director. “This is an all-of-government effort and clearly the FDA has a key role to play.”

The FDA announcement comes less than a week after the CDC released the first-ever national prescribing guidelines for using opioids. The agency said primary care doctors should only turn to opioids after considering physical therapy, over-the-counter medications, counseling and other methods for treating chronic pain.