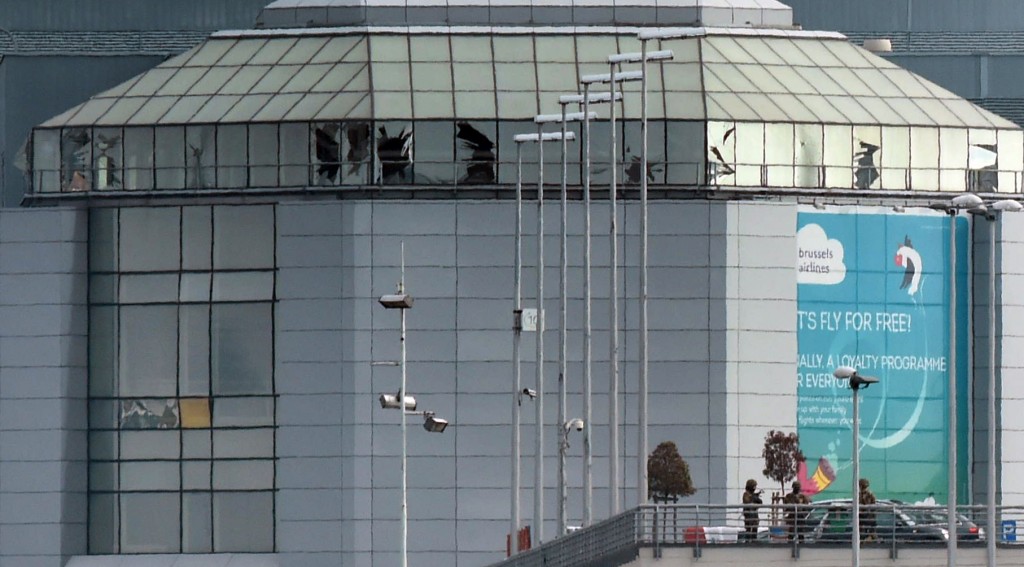 Back at home, shortly after the terror attacks at the Brussels airport, Reb Moshe R., an Antwerp resident who was in the airport on his way to New York, related his eyewitness report in an exclusive interview with Hamodia.

He still sounds in shock, and cannot believe the great Siyata D’Shmaya he experienced earlier in the day. He was so close to the scene of the attack, yet it is all determined from Above, who will be where and when.

Reb Moshe relates: “After arriving [Tuesday] morning to the airport, near the United Airlines desk, I walked through the large double glass doors. As the outer door opened, I suddenly heard gunshots and saw smoke coming out of the building.

“For some reason, my initial instinct was that this is a terror attack. But, no one was running. I began to run. As soon as I started to run out of the building, there was a huge blast. From the recoil of the blast, I fell on the floor, and dropped everything I had on me, my hand luggage and suitcase, and raced out of the building, with strengths I never knew I had.

“I was one of the first to be out of the airport, baruch Hashem,” says Reb Moshe.

He adds that there were dozens of other Jews in the airport at the time.

To emphasize his personal miracle, Reb Moshe notes that his check-in was at row 6, and the bomb was at row 9. Only three desks away. That far, or that close, to death or serious wounds, had he already been at the check-in counter.

“After running out of the airport, I took a taxi home, back to Antwerp [about an hour’s drive], and here I am, thanking Hashem to still be here.”