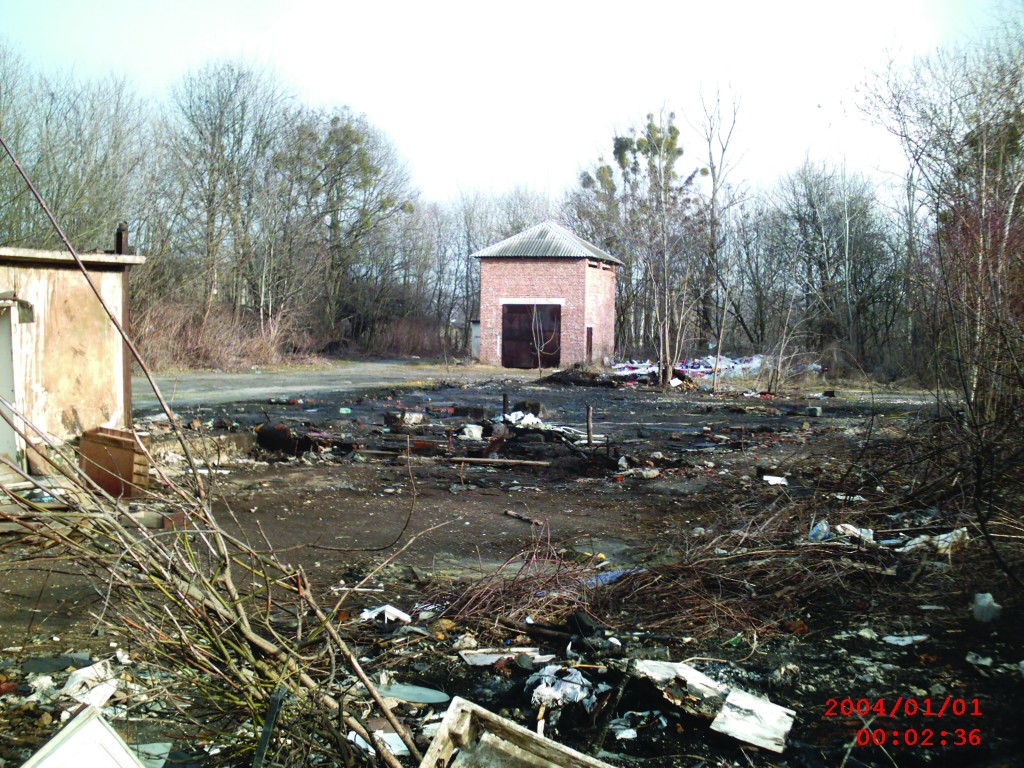 An international team of askanim has met with temporary success in delaying imminent construction on top of a historic beis hachaim in the Ukrainian town of Lviv (Lemberg). Now, efforts are underway to produce clear evidence of the site’s true boundaries to put a permanent stop to any further desecration of the many graves there.

As Hamodia reported last Wednesday, a permit had been granted to allow for the construction of a hotel over the burial ground and the area had already been gated off and partially cleared for work to begin. However, after the city’s mayor, Andriy Sadovyi, received several messages from a number of organizations and government authorities from both Ukraine and America, pleading for the site’s protection, he agreed to hold off on all work in the area.

“We filed an injunction in court to stop the digging permanently, but we are [racing] against the clock as the building permit was already issued,” Shmelka Horowitz of Monsey, whose ancestor, Harav Shlomo of Sassov, zy”a, is among those buried in Lviv. He has been at the forefront of efforts to preserve the site. “Ukrainian law says that you are not allowed to build on a beis hachaim, so now we have to find proof of that.”

Horowitz said that many elderly residents of the city clearly remember the cemetery’s presence, but that maps, records and testimony were still needed. “We still need a lot of siyatta diShmaya,” he said.

Two weeks ago, when word spread about the imminent plans to build on the site — which is also believed to be the resting place of the Beis Yitzchak, Harav Yitzchak Shmelkas, zt”l, and possibly of Harav Yosef Shaul Natanson, zt”l, the Shoel u’Meishiv — Mr. Horowitz arranged for a meeting with Mayor Sadovyi and traveled to Ukraine.

“It was a very professional meeting and the mayor told us that it [construction] is not going to happen,” he said.

The meeting was also attended by Mordechai Shlomo Bald, Lviv’s Chief Rabbi. In addition to discussing the matter of the cemetery, the mayor brought up the issue of raising funds from the international Jewish community to restore Jewish sites of interest in the city, including the Golden Rose Synagogue, where the Taz is believed to have davened during his years in Lviv. If accomplished, he hopes the restoration will attract greater tourism and improve the city’s economy.

A hue and cry over the possible desecration of the beis hachaim was raised through many channels. Attorney Nat Lewin, a descendant of the Beis Yitzchak, was contacted by Mr. Horowitz as well as by prominent Williamsburg posek Harav Meshulem Polochick, who has been very active in recent efforts to protect another older and larger burial ground in Lviv.

In our previous article, Rabbi Bleich told us that at the time word of the looming crisis reached him, he happened to be in a meeting with the American ambassador to Ukraine and a high-ranking official of President Petro Poroshenko’s government.

“The ambassador has gone above and beyond the call of duty for the Jewish community and for other cemeteries in the past,” said Rabbi Bleich. “The next day the embassy sent a letter to the mayor of Lviv, who promised that no construction would take place on the site.”

Rabbi Cohen also used his role as a member of the U.S. Commission for the Preservation of American Heritage Abroad to raise the level of international concern on the matter.

“As soon as we heard, we found out the facts and contacted the State Department and the embassy,” said Leslie Weiss, the commission’s chairwoman. “It’s hard to know exactly how they [Lviv officials] got to this point, but I hope the mayor simply didn’t realize the situation initially.”

Rabbi Cohen conferred with the Sassover Rebbe of Bnei Brak, who had recently visited the site and was involved in efforts to stop any desecration, to confirm the details of what was indeed occurring in Lviv.

“The lesson is that you have to be watchful about what’s going on,” said Rabbi Cohen. “Even now we have to be very vigilant that they are living up to their word. It’s a complicated situation with a lot of different pressures — the local government, national government, developers. For now, we got the best. We’ve put the digging on hold and are reasonably confident that the construction will not take place.”

Meylakh Sheykhet of the Union for Councils of Jews in the Former Soviet Union, who is a resident and native of Lviv, has been involved for decades in efforts to preserve the city’s once-glorious Jewish heritage.

“From the beginning, the city did not want to consider this area part of the beis hachaim,” he said.

Following the Second World War, a road was built over part of the beis hachaim and, subsequently, a parking lot was constructed over another section. Today, few matzeivos remain, but those who have studied the site believe that no actual graves have been damaged.

The protection of a larger beis hachaim in Lviv that is the resting place of the Taz and the Shevet Moshe has been a subject of struggle between the Jewish community and local officials for many years.

“It will be an easy case to prove,” he said, referring to efforts to demonstrate the cemetery’s boundaries. “All the archives exist and we have them — plans, topographical maps, documents — but that has not always worked in the past. Hopefully, with so many prominent Jews protesting together, this time we will be successful.”