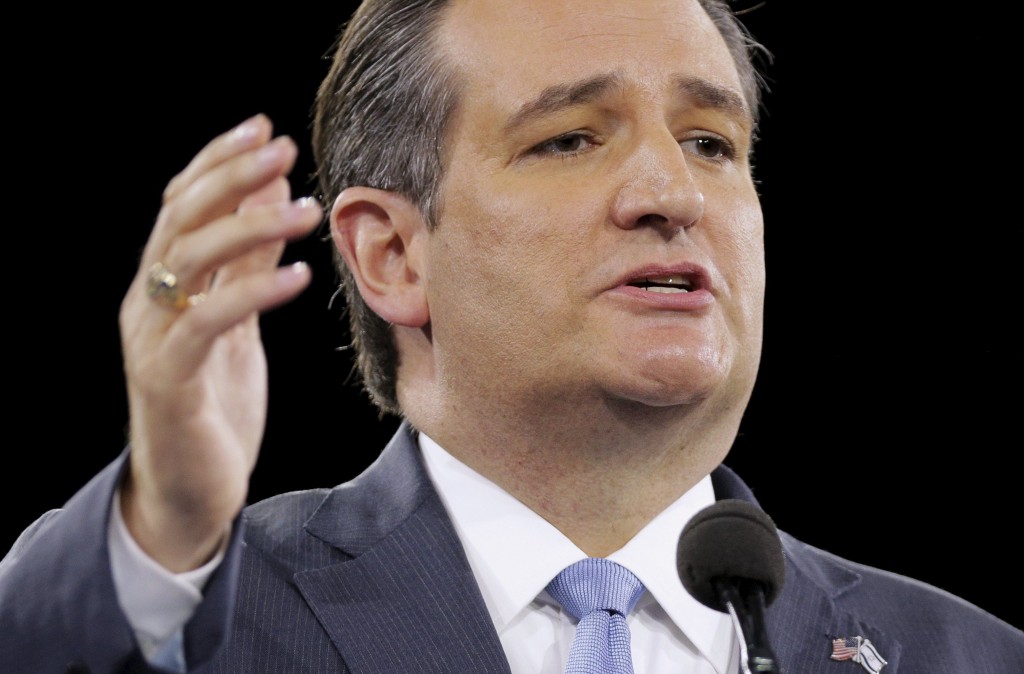 “This is a war with radical Islamic terrorism,” Cruz told reporters in Washington.

Cruz’s attack on Trump comes as the front-runner in the presidential primary explained his preference for a noninterventionist foreign policy in talks Monday with the Washington Post editorial board, a sharp break with Republican Party orthodoxy for a more muscular and involved role for the U.S.

Cruz said the North Atlantic Treaty Organization should join the U.S. in “utterly destroying ISIS,” referring to the Islamic State.

But the Texas senator stopped short of Trump’s call for a ban on Muslim immigrants. Instead, he said, immigrants from Syria and other countries need to be better vetted.

Following the attacks in San Bernardino in December, Congress approved changes to clamp down on visa-free travel from Europe if visitors had previously been to Iran, Iraq, Syria or Sudan.