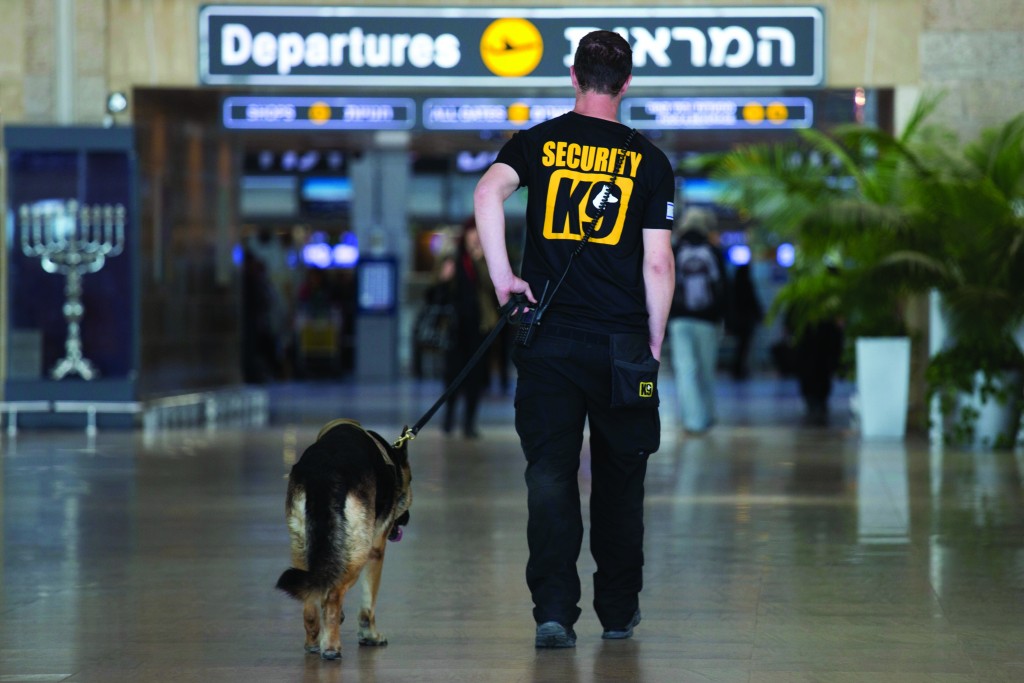 The airport attack in Brussels highlights one of the most vulnerable stages of aviation security: the time travelers spend between the curb and the checkpoint.

As travelers wait first to check luggage and then to go through metal detectors, they crowd together in areas that are usually lightly patrolled and accessible to nearly anyone.

“We ignore it,” says Isaac Yeffet, a former head of security for the Israeli airline El Al who now runs his own firm, Yeffet Security Consultants, based in the New York area. “We are careless.”

For more than 40 years, security officials and terrorists have been fighting to stay ahead of each other. When airlines and governments made it harder to hijack planes, terrorists found new ways to destroy aircraft. They put bombs in checked luggage until bag screening became standard. The 9/11 hijackers defeated 2001 passenger-screening measures and used knives to turn jets into weapons.

Security checkpoints are designed to keep terrorists and weapons off planes, and for the most part they have worked since the September 2001 attacks.

But along the way, the airport itself became a target.

In 1983, Armenian terrorists set off a bomb at the Turkish Airlines check-in counter at Paris’ Orly Airport, killing seven people and wounding 55. Just two years later, near-simultaneous attacks hit the ticket counters of Israeli airline El Al in both Rome and Vienna, killing 18 people and wounding 120 others. El Al’s ticket counter in Los Angeles was targeted in 2002, an attack that killed two people and wounded four. And in Moscow, it was arriving passengers who were the target in a 2011 bombing near the baggage claim area; 36 people were killed and more than 180 injured.

On Tuesday, terrorists set off two bombs in the departure area of the Brussels airport and another in the subway, killing at least 31 people and wounding dozens. The Islamic State group claimed responsibility.

“Those areas really can’t be protected,” says Douglas R. Laird, former director of security at Northwest Airlines and now head of Laird & Associates, Inc. They are similar to subway stations, shopping malls or any other large public space. And if the airport is secured, “all that is going to happen is that they will go after the train, the bus or whatever.”

Laird says the focus needs to be more on counter-terrorism intelligence.

“By the time they get to the airport, the game is over,” he says. “You can’t have police everyplace.”

Security experts say the keys to effective screening are intelligence and constant change in procedures to keep terrorists guessing.

“Random is always good,” said Brian Jenkins, a senior security analyst at the RAND Corp. Terrorists “don’t like things that they can’t predict. They want to know that a target is unprotected.”

Jenkins added that visible presence of more police would be a deterrent and allow for quicker response to an attack.

In the U.S., airport security is complicated by the division of responsibilities. Typically, the Transportation Security Administration handles the screening of passengers and baggage but the airport or local police oversee security of terminals, parking lots and other public areas.

There are increased police patrols within terminals during times of heightened security but even then most passengers don’t interact with police and aren’t questioned until they reach the checkpoint. Airport operators and the TSA note that there are many layers to security, many of which are not visible to the public.

The vulnerability of airports outside of the checkpoint has been the subject of studies, recommendations and has led to some changes in airport operations, says Richard Bloom, who teaches aviation security at Embry-Riddle Aeronautical University. But increased security requires more manpower and costs money.

At Israel’s Ben-Gurion airport in Tel Aviv, all cars are stopped on the way in. Some are searched by armed guards, and license plates are scanned by a computer.

Uniformed and undercover armed security personnel are stationed inside and outside the terminals. Cameras — some in plain sight, some hidden — provide additional surveillance. Travelers are subject to profiling and questioning about the purpose of their travel, their personal background and their luggage.

But Tel Aviv is a unique airport. It is smaller than each of the 20 largest U.S. airports. Israeli culture is much more focused on security, with most citizens doing mandatory military service.

The airport handles 15 million passengers a year, compared with more than 100 million in Atlanta, the busiest airport in the world.

In the U.S., the public has shown an unwillingness to subject itself to such an invasive level of screening.

Harris says security teams really don’t have a good idea about who is entering the airport. He suggests more random screening, chatting with passengers as they enter the terminal and teams of explosive-detecting dogs at the entrances.

“Maybe this is a wakeup call,” Harris says, “but people have very short memories.”