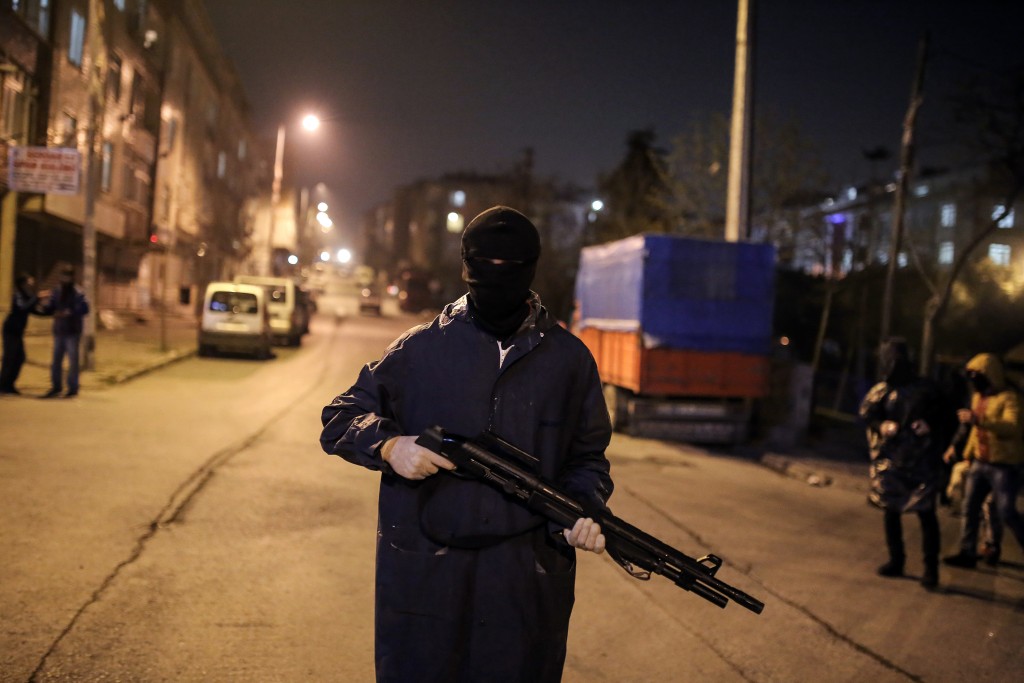 Turkish newspapers carried front-page pictures on Monday of three more men believed to be planning suicide bomb attacks for the Islamic State terror group, after a suspected member of the terror group killed three Israelis and an Iranian in Istanbul.

The weekend attack on Istiklal Street, a long pedestrian avenue lined with international stores and foreign consulates, was already the fourth suicide bombing in Turkey in 2016. Two in Istanbul have been blamed on Islamic State, while the two others in the capital Ankara have been claimed by Kurdish terrorists.

The attacks have underscored Turkey’s struggle to prevent spillover from the war in neighboring Syria and have raised questions at home and among NATO allies as to whether its security services are overstretched as they fight on two fronts.

At least half a dozen newspapers from across the political spectrum carried head-and-shoulders pictures of three suspected Islamic State members, saying they had been given instructions to carry out further attacks in crowded areas, primarily in Istanbul.

“All provincial police units have taken action to try to capture the three terrorists suspected of being Islamic State members planning sensational attacks,” the state-run Anadolu news agency said, citing unnamed security sources and describing them as part of an “active cell” in Turkey.

Turkey is part of a U.S.-led coalition against Islamic State in Syria and Iraq but is also battling Kurdish terrorists in its southeast, a conflict President Tayyip Erdogan sees as fueled by Kurdish militia gains in Syria.