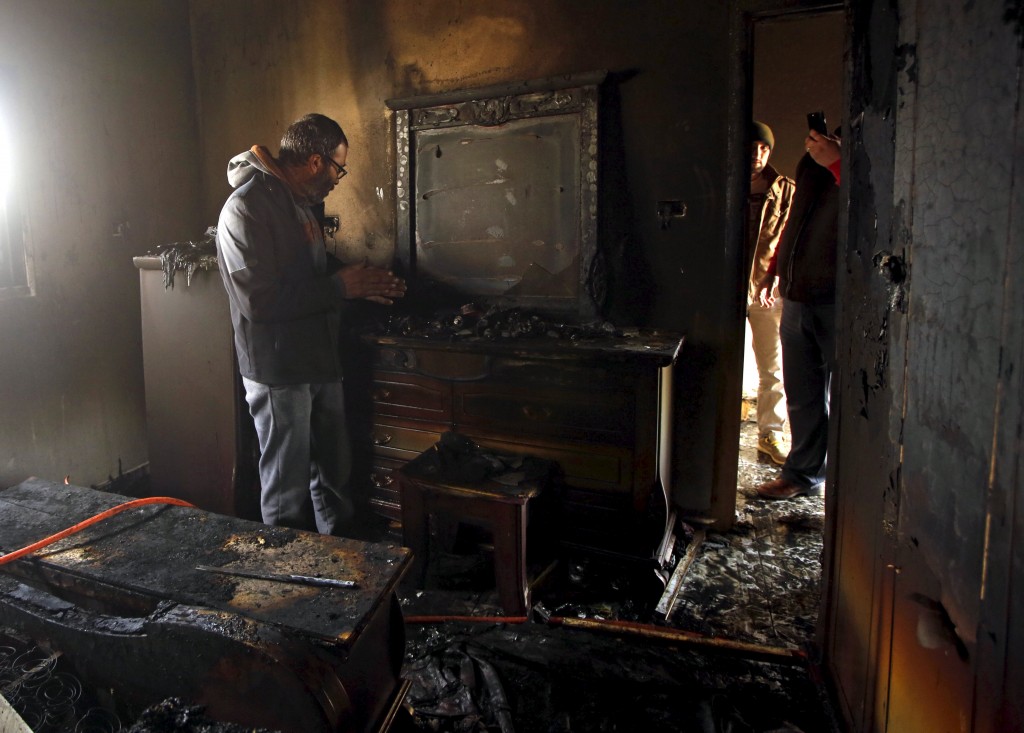 Although a gag order on the case is still in place, police and Shin Bet officials announced Sunday night that whoever set fire to a house in the Arab village of Duma early Sunday, it did not appear to be Jewish anti-Arab groups. In a statement, the officials said that “the evidence that we have seen at the site so far do not indicate that this was an arson attack by Jews.”

That did not apply to the previous Duma attack, officials pointed out on Israel Radio; in that incident in July 2015, “there was clear evidence tying Jewish radicals to the arson that killed three members of the Dawabshe family.”

Early Sunday, firefighters arrived in the village to find that a home was on fire, apparently set when someone threw firebombs into the house – the same method used in the July 2015 blaze. In the latest blaze, one resident of the village was treated for smoke inhalation. The house was apparently unoccupied when the blaze broke out.

Several Israelis were arrested for the July arson incident in December. No date has yet been set for a trial. According to a leftist group, the house that was burned down over the weekend belonged to one of the witnesses in the case. Police have not confirmed this.

Nassar Dawabshe, the uncle of the infant who was killed in the July arson, told Channel Two that police and the Shin Bet were “lying” when they said that the latest fire was not set by Jewish radicals. “The method of the fire being set was almost identical to the original arson that burned down the house of the family,” he said.